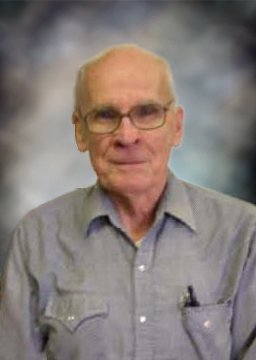 Please share a memory of Dr. Eugene to include in a keepsake book for family and friends.
View Tribute Book

Eugene (Gene) Thomas Lyons was born on May 6, 1931 in Yankton to William and Mary (Donohoe) Lyons. He grew up on his parent’s farm in the Willowdale School District, East of Yankton.  He graduated from Yankton High School in 1949.

Dr. Lyons was a professor of veterinary science at the Gluck Equine Research Center, Department of Veterinary Science, University of Kentucky, Lexington where his academic career began in 1958 to 1960, and restarted in 1963.

As a parasitologist for over 50 years, Dr. Lyons’ major research interest was on the transmission, life cycles, treatment and prevalence of internal parasites of horses, sheep, and cattle. He continued his maritime research on infections of adult hookworms in northern fur seal on St. Paul's Island, Alaska and the California sea lion on San Miguel Island, California up until this year.

Lyons was inducted into the prestigious Equine Research Hall of Fame in 2012 with this citation: “In his more than 45 -year career, Lyons’ work continues to attract interest in the field of equine helminth infections.”  He was the first to demonstrate the transmission of helminth parasites in milk of mother seals to their offspring. This observation was later extended to a number of equine helminth infections and altered current thinking on the epidemiology of different endoparasitic diseases of the horse.

Receiving the Equine Research Hall of Fame award, Lyons acknowledged the team work by many individuals, especially Sharon Tolliver and Sandra Collins who have worked a remarkable combined total of almost 90 years, which has resulted in highly productive research. He also acknowledged his collaboration with Hal Drudge, DVM, ScD for many years.

In his long and illustrious career, Dr. Lyons authored more than 250 scientific papers. He participated in numerous international and national conferences, including the 12th European Multicolloquium of Parasitology, Turku, Finland in July of 2016 where he presented a paper on his research with his collaborating research parasitologists.

Dr. Lyons' family and a wide circle of colleagues and friends remember his lifelong generosity to mentor dozens of new researchers in his field, his anonymous support to many others in need, and his religious faith. Gene was a very humble man who never wanted credit for any of his good deeds.  He worked literally up to the end with the devotion and discipline that characterized his life. He died while making his research rounds in the early morning at the University of Kentucky. “He was a man, take him for all in all, we shall not look upon his like again.” (Shakespeare)

Dr. Lyons is survived by five brothers and their spouses: Pat and Pearl, and Jack (Yankton), Frank and Jean (Rock Island, IL), Tom and Marcia (San Antonio, TX), Bob and Nona (Kennebunk, ME) along with dozens of nieces and nephews in South Dakota and other states. He was predeceased by his parents, William and Mary Lyons (Yankton), his sister, Elizabeth Susan Winckler (Hank Winckler, Carmel, IN), and sisters-in-law, Margaret Lyons (Jack Lyons, Yankton) and Rita Lyons (Frank Lyons, Rock Island, IL).

To send flowers to the family or plant a tree in memory of Dr. Eugene Lyons, please visit Tribute Store
Monday
11
December