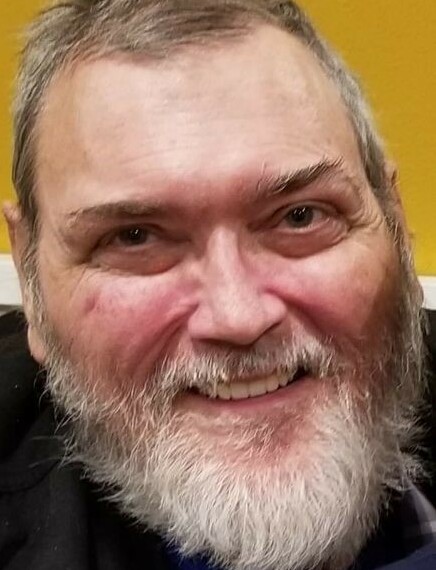 Please share a memory of Jim to include in a keepsake book for family and friends.
View Tribute Book

James Paul ‘Jim’ Kuchta, age 65 of Yankton, SD gained his wings Saturday, November 26, 2022.  Jim passed peacefully to his heavenly home surrounded by his family at Avera Sacred Heart Hospital, Yankton, SD.  Memorial services will be 11:00 AM, Saturday, December 3, 2022, at the Opsahl-Kostel Funeral Chapel, Yankton, SD with Rev. Michael Jordan officiating.  Burial of his cremated remains will take place on a later date.  Visitations will be from 9 to 11 AM, Saturday, December 3, 2022 at the Opsahl-Kostel Funeral Home & Onsite Crematory, Yankton, SD.  Online condolences may be sent at: www.opsahl-kostelfuneralhome.com.  Live streaming of Jim’s service can be found at: https://my.gather.app/remember/james-jim-kuchta.

Jim was born April 28 1957 in Scotland, SD to Paul and Florence (Sparks) Kuchta. He attended McKennly Country School until the 5th grade, then attended Utica Elementary School. After, he attended Scotland High School and graduated in 1975.

Jim was a hardworking man. He worked on the family farm with his father. He was a Pinkerton Security Guard at Kolbergs. Jim drove wrecker for Gary’s repair and wrecker service. He worked at Gramps, Paul’s Quick Stop, Ben Fish Tire, Ken Bitterman Ford, and Robinson Ehret Ford.  Jim was very handy and could fix anything and everything with what he had on hand. He was a wealth of information. People would often come to him with question on how to fix things. He could tell what was wrong with a vehicle just by listening to it, even over the phone.

Jim enjoyed fishing, hunting, target shooting, camping, woodworking, and fast cars. He made his own weights for fishing and reloaded his own ammunition.  Jim was an animal lover. He especially loved his dog George and his cats. He was always wanting to bring home more animals. Jim was a good storyteller. He loved to tell stories about his many adventures.  He loved a good laugh. Jim could talk to anyone whether he knew them or not.

Jim was a very caring person. He loved his family and his friends. His grandsons, Paul and William, held a special place in his heart. There were many teenagers that found their way to Jim’s home. He always took them in. He called them his adopted children and they called him Dad. Jim took very good care of his family and his friends.  He would help anyone in need. Jim had a big heart. There are many fond memories of good times had.  There is more love for Jim than he could have ever known, and he will be greatly missed.

Jim is preceded in death by his parents Paul and Florence Kuchta, his father-in-law Kieth McClung, and his dog George.

To send flowers to the family or plant a tree in memory of Jim Kuchta, please visit Tribute Store
Saturday
3
December