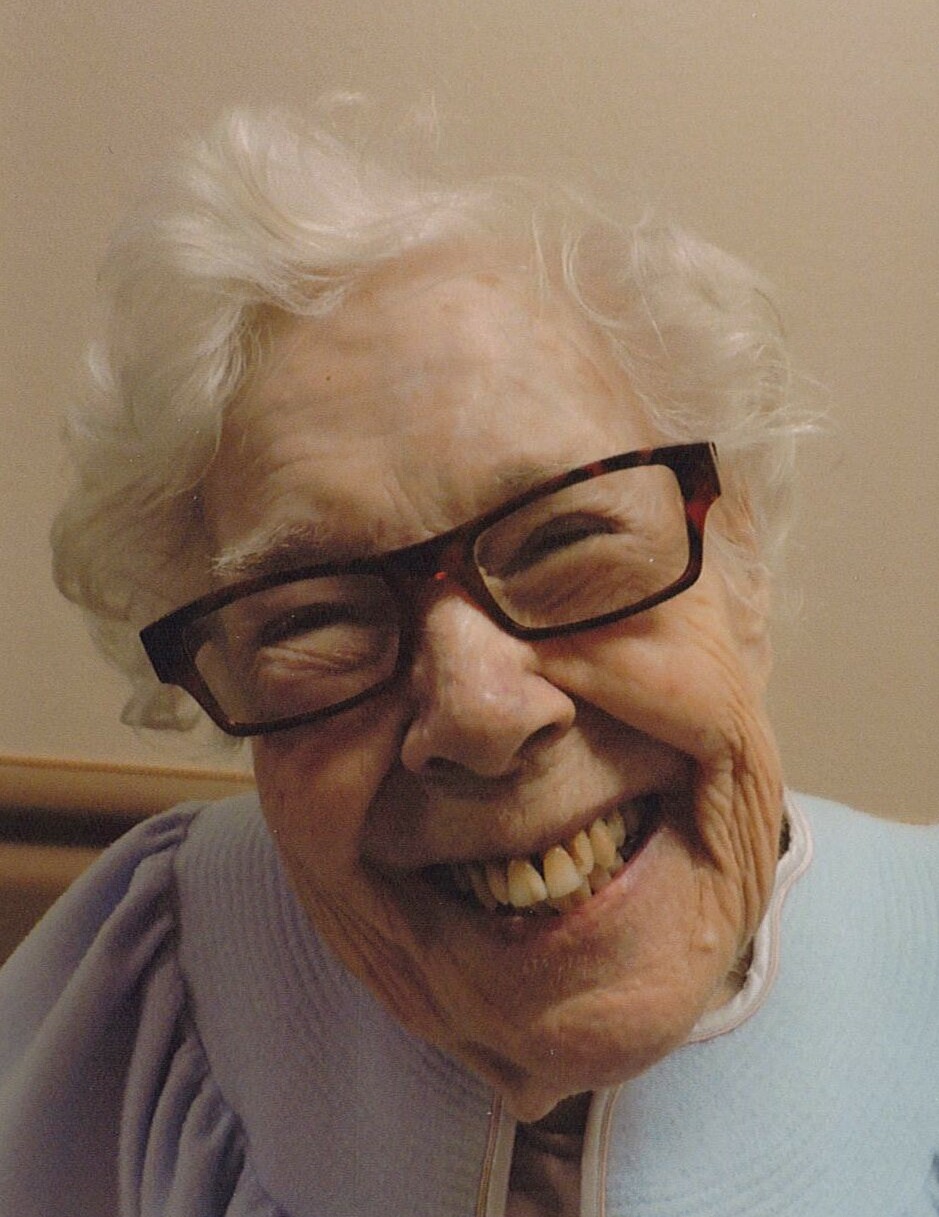 Please share a memory of Gladys to include in a keepsake book for family and friends.
View Tribute Book

Gladys, the youngest of six children, was born on November 1, 1931, to William and Magdelena Koehn on a farm near Dresden, North Dakota.

She moved with her parents to Salem, Oregon in 1948 where she graduated for Salem High School.

After employment with the state of Oregon, Commercial Credit Corp, and McKay Chevrolet, she began her thirty-year career with United Air Lines. She served in several locations, Portland, Salem, San Francisco, Sacramento, and New York before being assigned the position of branch manager of United Air Lines Empolyees Credit Union in Los Angeles. After twenty years in that position, she retired and returned to Salem, OR in 1987.

She traveled extensively and enjoyed gardening and reading. She spent most evenings watching Fox News. She was a proud Republican.

Gladys relocated to Yankton in June of 2016 to be closer to her family.

She is survived by 14 nieces and nephews, two of which reside in Yankton, Tom and Verna Thon and Mick and Vickie Thon.

She is preceded in death by her parents, two brothers, William and Theodore, and three sisters, Katherine Thon, Otelia Hoxsie and Hildegard Schield and four nephews Morey Koehn, Robert Thon, Jim Koehn and Terry Hoxsie, her beloved dog “Maggie” is also waiting for her in heaven.

At her request there will not be a funeral service. Her cremains will be returned to Dresden, North Dakota to be buried in the family plot at a later date.  The Opsahl-Kostel Funeral Home & Crematory, Yankton, is assisting with the details.  Online condolences may be sent at: www.opsahl-kostelfuneralhome.com.

To send flowers to the family or plant a tree in memory of Gladys Koehn, please visit Tribute Store

Look inside to read what others have shared
Family and friends are coming together online to create a special keepsake. Every memory left on the online obituary will be automatically included in this book.
View Tribute Book
Services for Gladys Koehn
There are no events scheduled. You can still show your support by sending flowers directly to the family, or planting a memorial tree in memory of Gladys Koehn.
Visit the Tribute Store
Share A Memory
Send Flowers
Plant a Tree