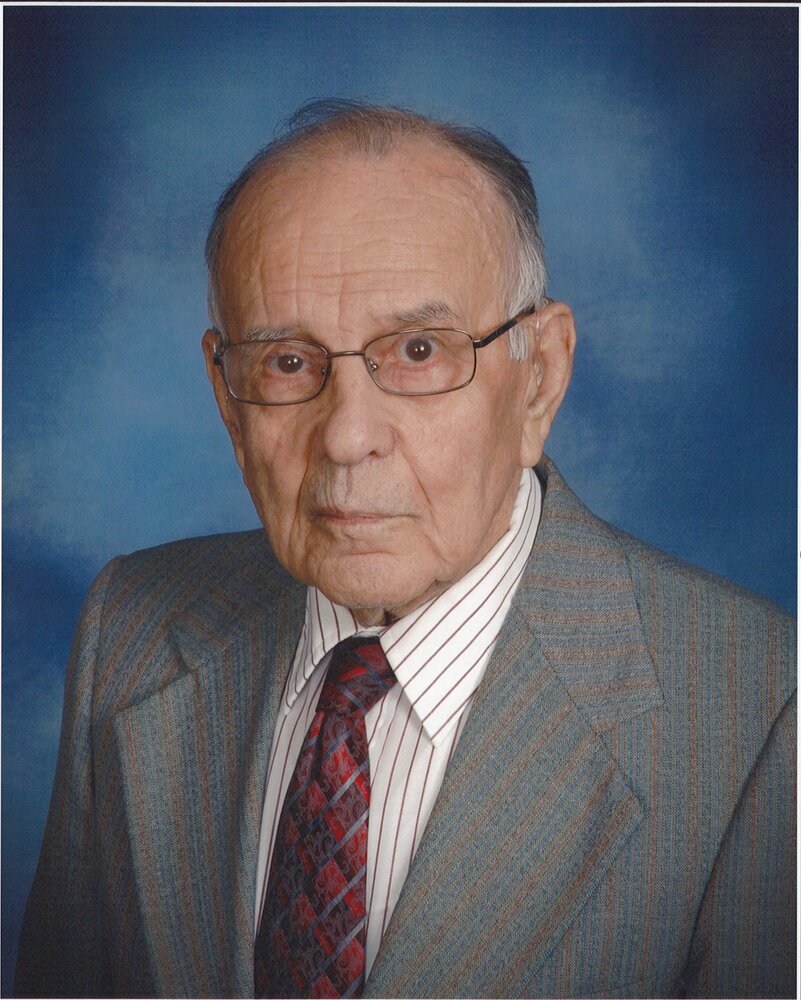 Please share a memory of Ray to include in a keepsake book for family and friends.
View Tribute Book

Ray Mettler, age 100 of Menno, SD passed away Thursday, October 13, 2022, at the Menno-Olivet Care Center, Menno, SD.  Funeral services will be 10:30 AM, Monday, October 17, 2022, at Zion Reformed Church, Menno, SD with Rev. officiating.  Burial will be in the Menno Cemetery.  Visitations will be one hour prior to the service at the church.  The Aisenbrey-Opsahl-Kostel Memorial Chapel, Menno, SD is assisting with the service details.  Online condolences may be sent at: www.opsahl-kostelfuneralhome.com.

He was born to Jacob F. and Magdalena (Mettler) Mettler on April 7, 1922.  He was baptized and confirmed in Kassel Reformed Church, rural Menno, SD. He married Velma Haisch on September 19, 1943, at Grace Lutheran Church, Menno, SD.  They had 3 children.  They farmed north of Menno until his semi-retirement in 1984, at which time their son Ronald and family took over the farm and the Polled Hereford cattle operation which Ray began in the 50’s.  He never lost interest in his cattle.  It was his livelihood.  He was a member of Zion Reformed Church serving in numerous ways including choir, Sunday school superintendent and offices of Deacon and Elder. He also served on the Board of directors of the Lower James River Sub-district.

To send flowers to the family or plant a tree in memory of Ray Mettler, please visit Tribute Store
Monday
17
October