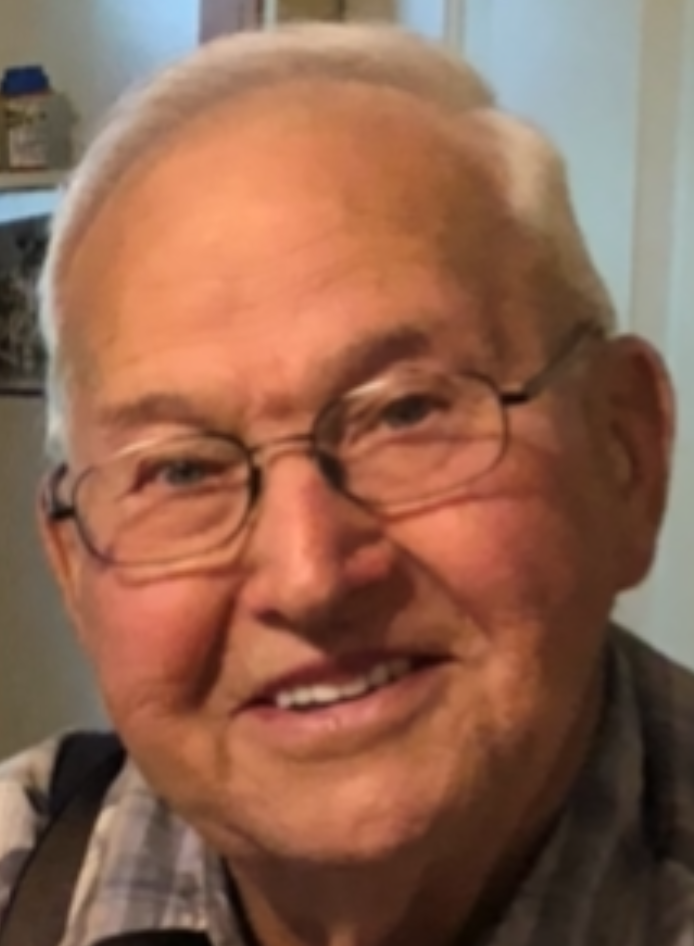 Please share a memory of Keith to include in a keepsake book for family and friends.
View Tribute Book

Keith Jay Neuhalfen, 89, of St. Helena, NE was surrounded by his loving family when he passed away from cancer, on April 5, 2022.

Keith was born December 31, 1932, in Hartington, NE to Emil and Lola (Peck) Neuhalfen.  He grew up in Minnesota and Sioux City, IA returning to Hartington, NE after the death of his father.  He graduated from Hartington Public High School in 1951.  He was drafted into the United States Army in 1953, trained at Fort Chaffee in Arkansas.  He served in Germany during the Korean War where he was awarded the National Defense Service Medal/Army Occupation Medal (Germany).  He returned home in 1955, married his high school sweetheart, Louise Schulte, from St. Helena, NE August 10, 1955.  He and “his bride” lived in Hartington until 1960 and then moved to St. Helena.  Keith and “his bride” moved to Walnut Village Assisted Living in Yankton, SD about 6 months ago.  The Neuhalfen family really appreciates the wonderful care of the Walnut Village staff!

He worked for Hoesing Brothers Construction, Hartington NE.  Here is where he learned the brick laying trade and joined the union.  Area buildings he worked on are Avera Sacred Heart Hospital, Sacred Heart Church, Yankton Police Station, Laurel High School, and the Yankton Senior Center.  He also worked at the Human Services Center and Neu Pond and Landscaping.  He served on Holy Family Parish Council, St. Helena Town Board, and was the recording secretary for Brick Layers Union Local #2.  He was an Extraordinary Minister of the Eucharist with Holy Family Catholic Parish and held a weekly hour of adoration with Louise since its beginning.

Keith was an avid Pittsburg Steelers and Nebraska Cornhuskers fan. He loved fishing, hunting and anything in nature.  He had a beautiful fishpond in his back yard and had made numerous blue bird houses throughout Cedar County in his wood working shop.  He was proud of the St. Helena community and was very involved in community events.  Family was extremely important to him.  He cherished every family gathering where he would pass out the best bear hugs.  His wonderful sense of humor always made gatherings fun.  In his last days, he proclaimed, “this is the perfect family for me.”

He was proceeded in death by his parents; son, Patrick Neuhalfen, his brother, Paul and Lavonne Neuhalfen, Father and Mother in law, Frank and Frances Schulte, in laws; Roman and Ester Schulte, Ralph Schulte, Cliff and Jeanette Schulte, Sally and Laddie Svatos, Gerald and MaryAnn Schulte, Donald Schulte, Harry and Dodie Schulte.

To send flowers to the family or plant a tree in memory of Keith Neuhalfen, please visit Tribute Store
Friday
8
April