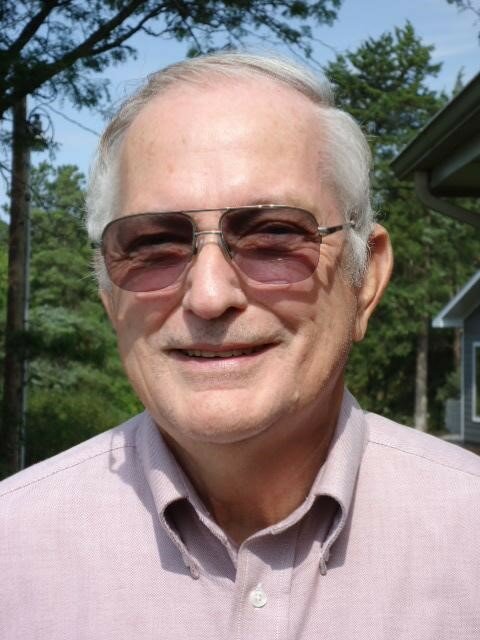 Please share a memory of Vernon to include in a keepsake book for family and friends.
View Tribute Book

Memorial services will be 10:30 am, Monday, March 21, 2022, at the United Church of Christ (Congregational), Yankton, SD with Rev. Jacqueline Hickox-Morgan officiating.  Visitations will be 5 to 7 pm, Sunday, March 20, 2022, at the Opsahl-Kostel Funeral Home & Onsite Crematory, Yankton, SD with a Masonic service presented by the St. John’s Lodge #1 A.F. & A.M. and memory sharing to follow.  Online condolences may be sent at: www.opsahl-kostelfuneralhome.com.

The son of Milford and Donelda (Helm) VanDerhule, Skip was born May 31,1947 and attended Beadle Grade School, Yankton High School, and the University of South Dakota School of Business.  In 1974 he received his Juris Doctorate from the University School of Law and opened a private practice in Yankton.

On September 28, 1974, he married Judy (Lutterman) VanDerhule in Yankton and their children, Grant and Sandi, soon joined the family.

Skip became CEO of the family business, VanDerhule Moving & Storage, in the mid 1970's when his parents retired.  Under his leadership, the business grew to include federal mail contracts in the states of Colorado, Iowa, Illinois, Nebraska, South Dakota and Wyoming.

An enthusiastic supporter of all things regarding aviation, Skip owned a Mooney aircraft with friend Jim Cox for over 50 years and accumulated over 1,050 flying hours.  A few years ago both he and Jim received The Wright Brothers Master Pilot Award from the Federal Aviation Administration (FAA) recognizing pilots who have contributed and maintained safe flight operation for 50 or more consecutive years of aircraft piloting.  Skip served on the South Dakota Aeronautics Commission for 13 years, and three of those years acted as chairperson. While on that commission, he advocated for improvements in airport infrastructure such as lighting and pavement planning.  He enjoyed bringing people together and facilitating communications between South Dakota leaders and officials in Washington D.C. to help secure funding for several airports.  He enjoyed encouraging and mentoring the younger generation, piloting over 100 Young Eagle flights which offered many kids their first experience in an airplane.

He was a Mason and served as Past Master of St. John's Lodge #1, Yankton Scottish Rite and the Yankton Shrine Club and held offices in each. Skip was awarded the Honorary 33rd Degree Scottish Rite Masons.  He served as District Master for the SD Grand Lodge, and in recent years served as their photographer. As a Shriner, Skip sponsored several young patients to the Shriner's Children's Hospitals and volunteered at many Shrine Circuses.

Skip had an inquisitive mind and researched many topics that interested him including his MDS.  He thoroughly enjoyed a good conversation and would engage anyone, anywhere and at anytime to discuss any substantive topic that interested them from aviation and weather patterns to the economy or wind turbines. Everyone may have walked away from one of those conversations a bit exhausted, but they all usually walked away having learned something new.

Memorial gifts can be made to the Shriner's Children's Hospital of the Twin Cities, 215 Radio Drive, Suite 101, Woodbury, MN 55125, or USD Scottish Rite Children's Clinic for Speech & Language Disorders, 520 S 1st Ave., Sioux Falls, SD 57104, or any charitable organization of your choice.

To send flowers to the family or plant a tree in memory of Vernon VanDerhule, please visit Tribute Store
Sunday
20
March