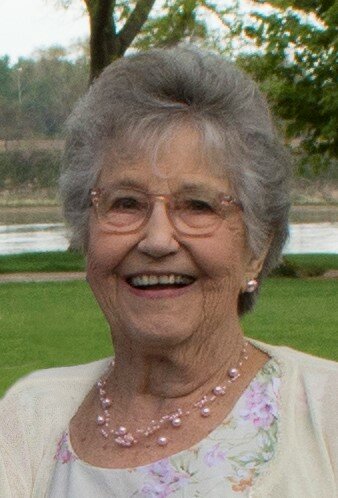 Please share a memory of Jacquelyn to include in a keepsake book for family and friends.
View Tribute Book

Jacquelyn Eloyse (Tjardes) Green, age 93 of Yankton, SD passed away Saturday, February 5, 2022, at Avera Sacred Heart Hospital, Yankton, SD.  Memorial services will be 2:00 PM, Thursday, February 10, 2022, at the United Church of Christ (Congregational), Yankton, SD with Rev. Jacqueline Hickox-Morgan officiating.  Burial of her cremated remains will be later at the Black Hills National Cemetery, Sturgis, SD.  Visitations will be 5 to 7 PM, Wednesday, February 9, 2022 at the Opsahl-Kostel Funeral Home and Onsite Crematory, Yankton, SD and then one hour prior to the service at the church.  Online condolences may be sent to the family at: www.opsahl-kostelfuneralhome.com.  Live streaming of Jacquelyn’s services can be found at: https://www.facebook.com/opsahlkostel/live.

Jacquelyn (Jacie) E. Green was born January 5, 1929, in Sargent, NE and passed away February 5, 2022 in Yankton, SD at the age of 93years and one month.  Her parents were Harry G. and Grace Hartley Tjardes and she was the fourth of their eight children.  She grew up in Western Nebraska and spent the majority of her childhood in Gering, NE graduating from Gering High School in 1946.  She married H. Dale Green on March 21, 1948, in Gering. Their family grew to four while in Gering with a son (Jeffery Dale) and a daughter (Julene Dee) being born during that time.  Dale and Jacie then moved to Fort Peck, Montana in 1952 so Dale could go to school with the Corps of Engineers.  They then moved to Pickstown, SD in 1953 and followed the Dams and Power Plants to Yankton in 1956.  In Yankton, Jacie was very involved with the UCC-Congregational Church, Yankton China Painters Club, Yankton Questers, along with helping with the organizations in which Jeff and Julie participated.  During her time in Yankton she worked at JC Penney’s writing ads and dressing the windows, secretary at Allen and Ludwig Insurance and with the Federal Crop Insurance Office.  In 1982, after Dale retired from the Corps, they moved to Fresno, CA so Dale could help with the start up with a new power plant on the Kings River.  They then moved to Hot Springs, SD in 1994 and then back to Yankton in 2006 to be closer to Julie and family.

To send flowers to the family or plant a tree in memory of Jacquelyn Green, please visit Tribute Store
Wednesday
9
February