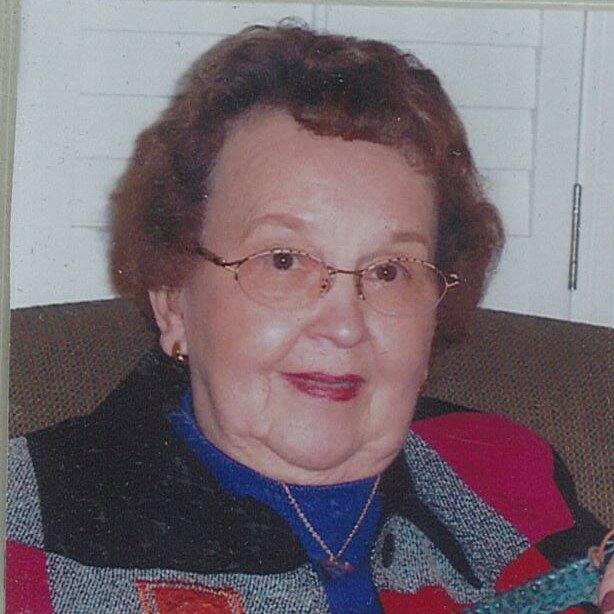 Please share a memory of Mae to include in a keepsake book for family and friends.
View Tribute Book

We were saddened by the sudden passing of Mae Crawford, 95, Thursday morning January 6, 2022.

Mae was born August 11, 1926 to Helmer and Pearl (Anderson) Stubsten on their farm in Worthing, SD, the second of five children.  She graduated from Canton High School in 1944.  After graduation she was proud to have worked in the office of John Morrell in Sioux Falls, the draft board in Lincoln County, and as a telephone operator in Canton.  She married Everett Crawford in Canton on January 16, 1949.  She worked for the ASC office.

In June 1959, they purchased Yankton Beverage and moved to Yankton, SD. Mae worked as a secretary in the Middle School Library for 17 years, retiring in June, 1989.

Mae was a member of Trinity Lutheran Church, Rachel Circle, Alpha Theta Chapter of Beta Sigma Phi, the Firemen’s Auxiliary, Questers, and Red Hat Yankton YaYa Sisterhood.  Mae’s favorite pastime was bridge.  She belonged to several bridge clubs and was lucky to have played with many good people over the years.  Mae was also a beautiful seamstress, making many outfits and costumes as her children grew up.

The family would like to extend a special thanks to the great staff at Majestic Bluffs Assisted Living and Sacred Heart Hospital.  Your kindness and wonderful care will forever be appreciated!

To send flowers to the family or plant a tree in memory of Mae Crawford, please visit Tribute Store
Monday
10
January

Share Your Memory of
Mae
Upload Your Memory View All Memories
Be the first to upload a memory!
Share A Memory
Send Flowers
Plant a Tree