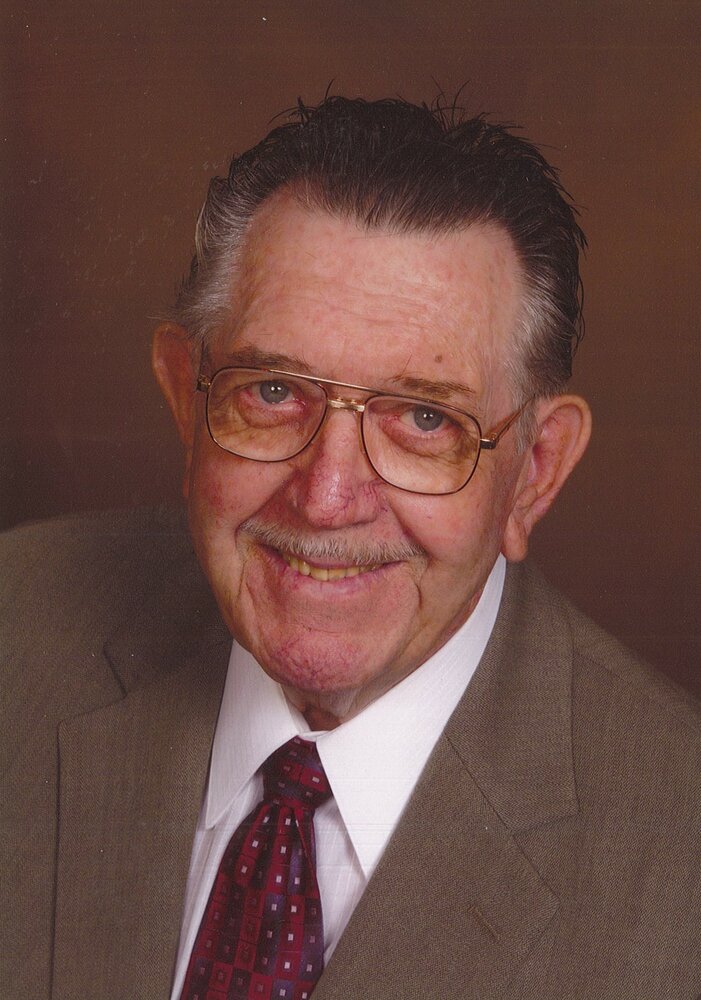 Please share a memory of Wayne to include in a keepsake book for family and friends.
View Tribute Book

Wayne Mark Lane, age 92 of Yankton, SD passed away Monday, December 20, 2021, at Sister James Care Center, Yankton, SD. Funeral services will be 1:30 PM, Friday, December 31, 2021 at the Opsahl-Kostel Funeral and Crematory, Yankton, SD with Rev. Kwen Sanderson officiating.  Burial will be in the Mission Hill Cemetery, Mission, Hill, SD.  Visitations will be one hour prior to the service at the funeral home.  Online condolences may be sent to: www.opsahl-kostelfuneralhome.com.  Live streaming of Wayne’s services can be found at: https://www.facebook.com/opsahlkostel/live.

Wayne was born July 30,1929 to Mark and Julia (Johnson) Lane in Iona, South Dakota.  He had one sibling, Frances Caroline (Lane) Biesman.

Wayne married Lillian H. Braunesreither, a native of Mission Hill, SD on August 21,1949 at the Congregational Church in Mission Hill.  On November 31, 1952, Wayne and Lillian moved to San Diego, CA.  Wayne and Lillian later divorced but remained lifelong friends.  After being employed by Montgomery Ward & Co. in Yankton, SD and San Diego, CA, Wayne began his career with the Bank of America on December 13, 1954.

Upon completion of 30 years of uninterrupted service in San Diego, Orange, and Los Angeles Counties, he retired July 30, 1984.  In August of 1984, Wayne helped Lillian move back to Yankton, SD where she resided until her death on March 23, 2009.  She is buried in the family plot in Mission Hill, SD.

After living in Garden Grove, CA for 39 years, Wayne moved to Phoenix, Arizona with his companion of 35 years, Genieva Meadows, in 2000.  After Genieva passed away Wayne moved back to Yankton, SD where he resided until his death.

To send flowers to the family or plant a tree in memory of Wayne Lane, please visit Tribute Store
Friday
31
December