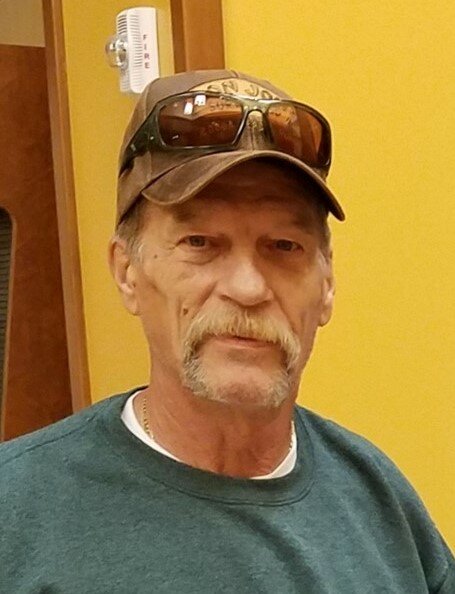 Please share a memory of Bradley to include in a keepsake book for family and friends.
View Tribute Book

Bradley Eugene Glover, age 69 of Yankton, SD passed away on Friday, September 24, 2021 at Avera Sister James Care Center in Yankton.  A celebration of Brad’s life will be 2:00 p.m. on Saturday, October 9, 2021 at his home.  Entombment of cremated remains will be on Monday, October 11, 2021 at the Black Hills National Cemetery in Sturgis, SD.  Online condolences may be made at:  www.opsahl-kostelfuneralhome.com.  The Opsahl-Kostel Funeral Home and Crematory is assisting the family with service details.

Bradley Eugene Glover, son of Elbert and Mary Lou E. (Kirkendaul) Glover, was born August 12,1952 in Omaha, Nebraska, and passed away peacefully September 24, 2021.  He was raised in Omaha, Nebraska, moved to Sioux Falls, South Dakota, and then to Fort Dodge, Iowa, with his parents and siblings.

He joined the Marines in August of 1971.  He received his GED in the military and served his country for four years.  He spent his military time in Viet Nam and North Carolina as a heavy equipment mechanic and bus driver respectively.  He was a golden gloves boxer while serving in the marines, earned a rifle expert shooting badge and a letter of appreciation during his term of service, with an honorable discharge in August of 1975.

Brad spent his life as a small engine mechanic in Iowa, Florida and South Dakota.  He loved hunting, fishing, and working on vehicles.  He spent much of his time in the garage turning wrenches to see what he could fix up.  He spent several years drag racing with his brothers and friends.  While living in Florida, he enjoyed catching shrimp and deep-sea fishing.  After moving back to the Midwest, he was able to spend time with his family and friends fishing, hunting, snagging paddle fish and shooting pool throughout the area and several trips to Las Vegas, Nevada for National Tournaments.

He married his first wife Claudette Katina (Harvey) Green, having two children during their marriage, Bradley Eugene Glover, junior who passed away just under a year old, and Heather Marie Glover who has two daughters Madison and Alyssa Danielson, living in North Carolina.

He met his second wife, Leanna K. Saccento-Glover, in 1980 and spent 41 years together. He raised her son, Colter Joshua Saccento and their son, (William) Mitchell Glover.  They spent half of their lives in Florida enjoying the ocean and sunshine and moved to South Dakota to remain closer to family.

He will be greatly missed by his extended family members and friends.

To send flowers to the family or plant a tree in memory of Bradley Glover, please visit Tribute Store
Saturday
9
October