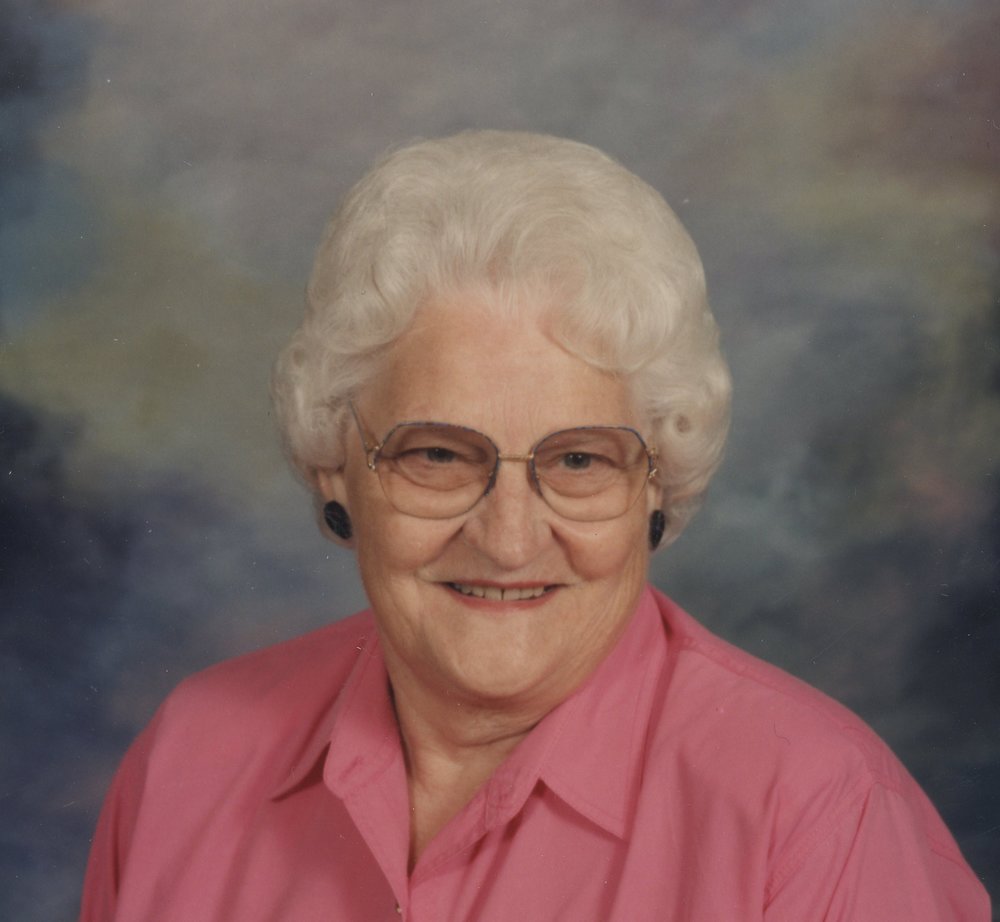 Please share a memory of Eugenia to include in a keepsake book for family and friends.
View Tribute Book

Mary Eugenia “Genia” Riibe, age 95 of Yankton, SD passed away on Friday, August 6, 2021 at her home surrounded by family.  Funeral services will be 10:00 a.m., Wednesday, August 11, 2021 at Opsahl-Kostel Funeral Home and Crematory with the Rev. Kwen Sanderson and Chaplain Aaron Weston officiating.  Burial will follow in the Obert Cemetery, Obert Nebraska.  Visitation will be 5 to 7:00 p.m. Tuesday, August 10 at the funeral home.  There will also be visitation for one hour prior to service time on Wednesday.  Live streaming of Genia’s services can be found at https://www.facebook.com/opsahlkostel/live.  Online condolences may be made at:  www.opsahl-kostelfuneralhome.com.  Arrangements are under the direction of Opsahl-Kostel Funeral Home and Crematory in Yankton.

Genia is the daughter of Henry and Gladys (Mount) Olsen, was born June 24th of 1926 in Wynot Nebraska. She attended rural schools of the Wynot area, graduating from Wynot High School in 1943 and was a member of the First Baptist church of Obert Nebraska. Genia met the love of her life in Francis W. Riibe and they married on August 8th of 1943.

In 1987, Genia moved to Yankton, working for Gurney’s, Save-U-More bakery, and Service Master, along with a few other jobs. In Yankton she became a member of the Trinity Lutheran Church and 12th unit of the American Legion Auxillary.

She was preceded in death by her parents Henry and Gladys Mount, a brother Dane Olsen, a sister Darlene Jensen, husband Francis Riibe, an infant son, and adopted grandson Robert Riibe.

To send flowers to the family or plant a tree in memory of Eugenia Riibe, please visit Tribute Store
Tuesday
10
August