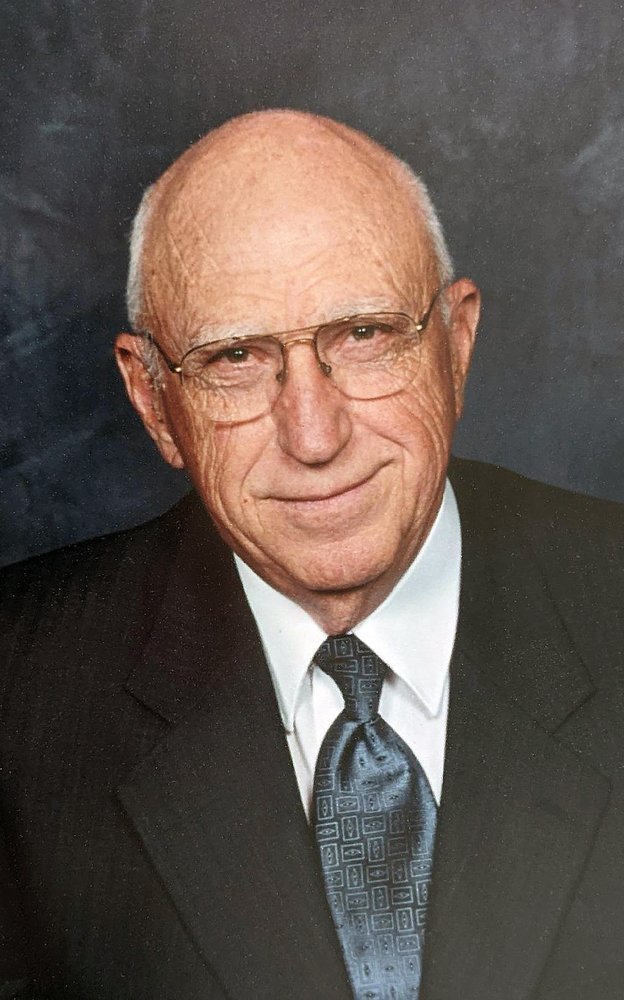 Please share a memory of Willard to include in a keepsake book for family and friends.
View Tribute Book

Willard Leroy Kirschenman, age 89 of Menno, SD passed away unexpectedly, Thursday, June 24, 2021, at the Menno Olivet Care Center, Menno, SD.  Funeral services will be 10:00 a.m., Friday, July 2, 2021, at Peace Christian Reformed Church, Menno, SD with the Rev. Bill Vis officiating.  Burial will follow in the Menno Cemetery, Menno with Military Graveside Rites by the Rames-Bender American Legion Post #152 and the SDARNG Honor Guard.  Visitation will be 5 to 7:00 p.m., Thursday,  July 1,  at the church with a prayer service at 7:00 PM.  Visitation will resume for one hour prior to service time at the church on Friday.  Live streaming of Willard’s service can be found at:  https://www.facebook.com/opsahlkostel/live.  Online condolences may be sent at:  www.opsahl-kostelfuneralhome.com.  Arrangements are under the direction of Aisenbrey-Opsahl-Kostel Memorial Chapel of Menno.

Willard LeRoy was born December 22, 1931 to Albert and Sophie (Stoebner) Kirschenman.  He was the second of three boys and grew up on the family farm near Menno, South Dakota.

Willard was baptized on March 24, 1932 by Reverend John Bodenmann and confirmed by the Salem Reformed Church June 23, 1946 under Reverend Erich Kaempchen.  His confirmation memory verse was Psalm 33:4 “For the word of the Lord is right; and all his works are done in truth.”  He was a member of the Salem Reformed Church and Peace Christian Reformed Church, serving as a Sunday school treasurer for four years, and then as a deacon and elder for eighteen years.

Willard attended schools in the Menno area and graduated from high school in 1949.  He thoroughly enjoyed high school.  Athletics and speech were some of his favorite activities.  He was captain of the football team and they nicknamed him “Ketchum Kirschenman”.  In Menno’s very first football game, in 1948, Willard scored the very first touchdown for the Wolves.  He was also class president.  He loved conversation, joking, and telling stories.  Every Monday morning, Willard was called upon by Mr. Womersley to recite a new joke for the class.

After high school, Willard did construction work and farmed with his father.  In January 1953, he was inducted into the military, to serve in the army at Fort Leonard Wood, Missouri.  At the rank of sergeant, he was honorably discharged in January 1955.  Through the years, Willard enjoyed telling numerous stories about his experiences in the military as well as the many treasured friendships that he had made during that time.

Prior to going into the military, Willard met Loretta Schultz of Tripp, South Dakota.  After attending the Christmas Eve program for the Salem Reformed Church, Willard and Loretta met at a café in Menno.  His gregarious personality caught her attention.  On November 20, 1955, they were married in Tripp at Freidens Reformed Church.

They began their marriage farming five miles northeast of Menno on a 160-acre farm.  The first year brought an intense drought and the second year a devastating hailstorm.  Soon after, Willard decided to quit farming and move to town when offered a job at the Farmer’s Union Cooperative.  He worked at the cooperative for the next thirty-eight years, starting as a mechanic, then bookkeeper, and finally assistant manager.  Looking back, Willard considered the 1957 hailstorm a blessing because it caused him to change careers.

Willard will be deeply missed by family and friends.

To send flowers to the family or plant a tree in memory of Willard Kirschenman, please visit Tribute Store
Thursday
1
July