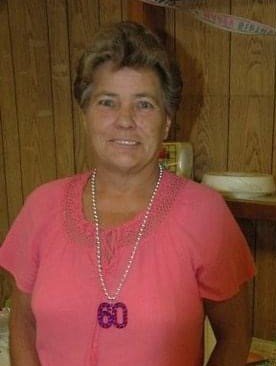 Please share a memory of Dianna to include in a keepsake book for family and friends.
View Tribute Book

Dianna Janssen, age 70 of Yankton, SD passed away on Sunday, April 25, 2021 at her home surrounded by her family.  Memorial services will be 2:00 PM, Friday, April 30, 2021 at the Opsahl-Kostel Funeral Chapel, Yankton, SD with Rev. Dani Jo Bierwagen officiating.  Burial will be in the Yankton Cemetery, Yankton, SD.  Visitations will be 5 to 7 PM, Thursday, April 29, 2021 at the Opsahl-Kostel Funeral Home & On-site Crematory, Yankton, SD.  Live streaming of Dianna’s services can be found at:  https://www.facebook.com/opsahlkostel/live.  Those wishing to attend are asked to practice social distancing guidelines.  Online condolences may be made at:  www.opsahl-kostelfuneralhome.com.

Dianna L. was born August 6, 1950 to Harlen and Racheal (McMurray) Llewellyn in Yankton, SD and was baptized in Yankton.  Dianna worked at Gurneys Seed and Nursey for many years before becoming a secretary for Janssen’s Garbage.  Dianna was married to Russell Hoffman 1968 to 1973, during this time they had four boys, Troy, Marty, Todd, and Toby Hoffman.  In 1975 Dianna married Gary Wolhoy (who passed in Oct of 1983) and had three children, Eric, Tina, and Toni Wolhoy.  In 1986 Dianna married Lowell Janssen.  Dianna’s hobbies included putting puzzles together with her grandchildren, crochet baby blankets for each of her grandchildren and also her great grandchildren.  She enjoyed baking LOTS of goodies for EVERYONE.  Spending time with her children, grandbabies, and great grandbabies.

To send flowers to the family or plant a tree in memory of Dianna Janssen, please visit Tribute Store
Thursday
29
April