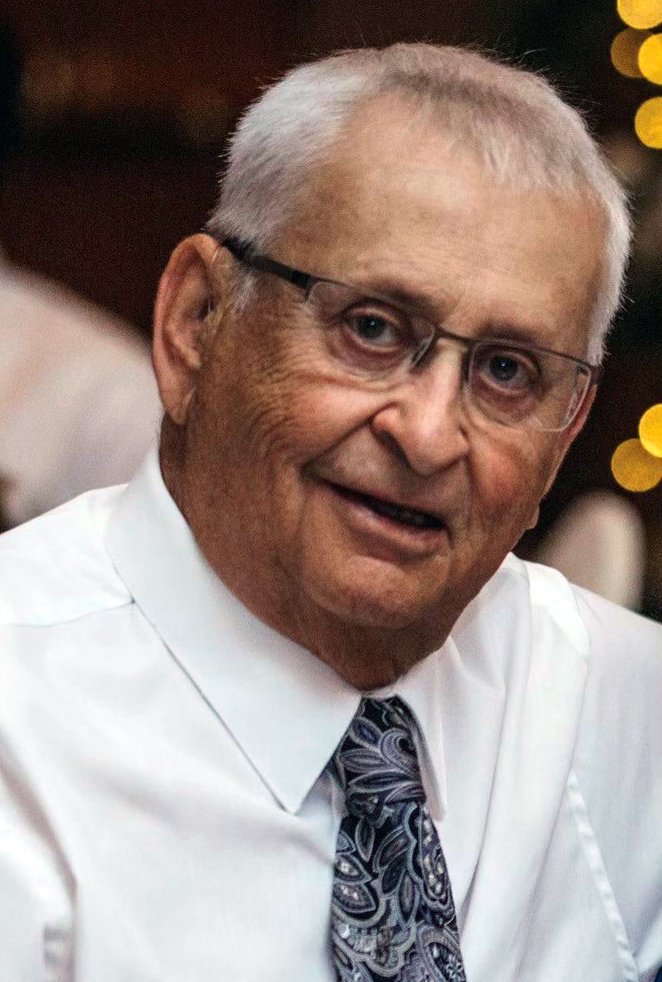 Please share a memory of Walter to include in a keepsake book for family and friends.
View Tribute Book

Walter “Wally” John Sayler, age 81 of Menno, SD, and known as “Jake” to most friends and many acquaintances, passed away on Saturday, April 3, 2021 at Avera Dougherty Hospice House in Sioux Falls, SD, surrounded by family during his last days.  In his 81 years, Jake loved his family, worked on his farm diligently, made time for friendly conversations, and often made his grandchildren laugh.

His funeral service will be held at 10:30 a.m., Wednesday, April 7, 2021 at Grace Lutheran Church in Menno with the Rev. Theresa Jacobson officiating.  Burial will follow in the Menno Cemetery with military honors accorded by Rames-Bender American Legion Post #152 and the SDARNG Honor Guard.  A time of food and fellowship will follow the interment and all are invited to attend.  Visitation with the family present will be 5 to 7:00 p.m. Tuesday, April 6 at the church with a 7:00 p.m. prayer service.  There will also be visitation for one hour prior to service time on Wednesday.  Jake’s service will be live streamed at:  https://www.facebook.com/opsahlkostel/live.  Those attending in person are asked to use their own discretion regarding masks.  Online condolences may be made at:  www.opsahl-kostelfuneralhome.com.  Arrangements are under the direction of the Aisenbrey-Opsahl-Kostel Memorial Chapel in Menno.

Honorary Pallbearers will be:  Joshua Sayler and Eric Larson.

Born to John and Vera (Wollman) Sayler on July 2, 1939, Walter was the oldest of their four children.  He grew up south of Menno, with the responsibilities that came with being a farm kid.  But carefree Sunday afternoons with cousins were a highlight of childhood.  Wally was baptized as a baby at Salem Reformed Church on September 11, 1939 and confirmed by Rev. Kaempchen in 1953 as a teenager; his faith in Jesus Christ sustaining him throughout his life.  His black and white ’57 Chevy was his teenage pride and joy.  He graduated from Menno High School in 1957, and joined the Army in 1959, spending most of his time in Germany.  After serving his country, he came home to farm with his dad.

It was during this time that Jake reconnected with a girl from California whom he had met while she was visiting her grandparents in Menno some years before.  After a brief courtship of mainly telephone calls, Sharon Hehn and Wally were married on November 25, 1952 in Bakersfield, California and built their life together.  Three children blessed their lives:  Jeffery, Michelle, and Paula.

Days were full, starting each morning milking cows and ending many evenings socializing with friends around the kitchen table.  His kids will tell you they were blessed with a great dad:  they were taught the value of loyalty and hard work, they were encouraged to study hard and go to college, and they were shown his love of the outdoors.  He loved to fish – for bullheads in a local stock dam or catfish in the Jim River.  Jake and his friends spent many hours throughout the years making sausage, smoking carp, and butchering after their annual deer hunting trips.  The memory involving an angry buffalo during elk hunting in Custer State Park was a bit scary at the time, but made a good story afterwards.

It seemed that the years keeping up with Jeff, Shelly, and Paula’s school sports and music activities were so busy; but when their five grandchildren came along, it was then a joyful “full-time job” driving here and there to be a part of their lives and cheer on their activities.

And Jake really liked road trips, especially when Shiner, Texas was the main destination.  Or when Sharon wanted to see the Pacific Ocean again.  But he also didn’t mind making the adventures via plane, like when there was Alaskan salmon fishing planned, or when there was history to be learned in Boston.

Retirement years, moving to town brought Jake simple pleasures:  working in his shop, taking care of his lawn and driving his golf cart around town until he found a friend to chat with.

Wally was a caring brother and will be missed by his sister Joan (Gerald) Nusz, Menno, SD and his brother Gary (Sally) Sayler, Coleridge, NE.  Seven nieces and nephews will always think of their Uncle Wally with love and laughs; the kids’ table at Christmas sure did get rowdy when he took a seat!

To send flowers to the family or plant a tree in memory of Walter Sayler, please visit Tribute Store
Tuesday
6
April