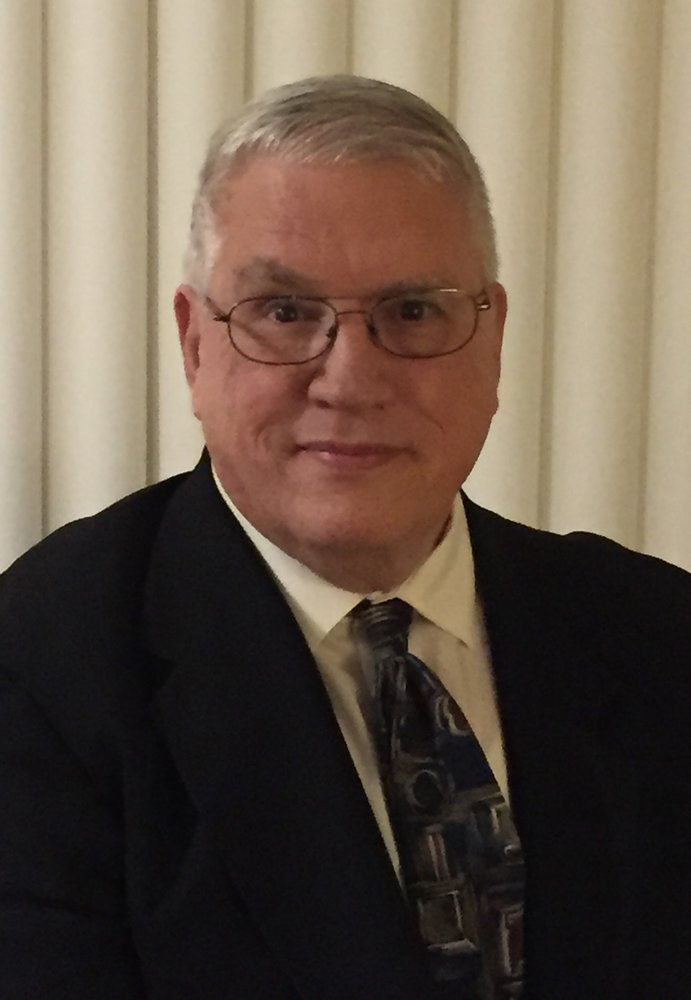 Please share a memory of William to include in a keepsake book for family and friends.
View Tribute Book

William N. “Bill” Jennewein, age 75 of Yankton, SD passed away on Friday, December 11, 2020 at Avera Sacred Heart Hospital in Yankton from complications of the COVID-19 virus.  A private family Mass of Christian Burial will be at 10:30 a.m. Wednesday, December 16, 2020 at Sacred Heart Catholic Church in Yankton with the Rev. Fr. Larry Regynski as Celebrant.  Burial will follow in Sacred Heart Cemetery with military honors accorded by Ernest Bowyer VFW Post #791 Honor Guard and SDARNG Honor Guard.  Visitation will be 4 to 6:00 p.m. Tuesday, December 15 at Opsahl-Kostel Funeral Home and Crematory in Yankton, with masks required and social distancing practices to be observed.  There will also be visitation for one hour prior to service time at the church on Wednesday.  Due to COVID-19 concerns, friends and family are encouraged to participate through live streaming of Bill’s services at:  https://www.facebook.com/opsahlkostal/live.  Online condolences may be made at:  www.opsahl-kostalfuneralhome.com.  Arrangements are under the direction of Opsahl-Kostel Funeral Home and Crematory in Yankton.

Bill was born April 19, 1945 in Olympia Washington to William P. and Evelyn (Bruning) Jennewein, both of Breda, IA. After his father's discharge from the Army the family returned to Breda where Bill attended elementary school and graduated from St. Bernard Catholic High School in 1963. During these years Bill was active in Boy Scouts, speech, drama, and music, performing in school choirs and boys’ quartets and often featured as a soloist. This early natural aptitude for music would follow him the rest of his life. Bill’s father was an electrician and taught him how to wire houses and perform other electrical work. As a teenager Bill spent time fixing TVs and radios for the Breda community. During this period Bill also developed an affinity for radio and broadcasting, becoming a licensed amateur (“ham”) radio operator while still a teenager. He mastered the theory and Morse code requirements to attain a General Class license, the second highest class, during his high school years. He would go on to earn the hobby’s highest Extra Class license, with amateur radio continuing to delight him all through his life.

In 1963 Bill began courting Shirley Wilberding, whom he had known since early childhood, kindling a relationship that would bloom into decades of shared love. Bill and Shirley married on June 4, 1966 at St. Bernard Catholic Church in Breda, eventually settling in Vermillion, SD in 1968.

Bill attended Iowa State University for one year and later attended the Radio Engineering Institute in Omaha, Nebraska, earning an FCC First Class Commercial Radio Operator License. This accomplishment helped him land an engineering job with South Dakota Public Broadcasting’s KUSD station in Vermillion. He would help set up broadcasts of parades, basketball games, and the South Dakota State Fair. Bill was part of the group that established the first statewide educational television network, bringing together his dedication to education and his expertise in broadcasting.

Bill joined the South Dakota Army National Guard in 1965. He was called for active duty in 1967 and completed basic training at Ft. Jackson in Columbia, South Carolina. He went on to participate in radio teletype school in Augusta, Georgia, and continued to serve in the Guard until 1971, achieving the rank of Private E-5.

Throughout this period Bill learned to balance his love for Shirley, his growing family, his college education, his service in the South Dakota Army National Guard, and his employment at the KUSD radio station. His eldest children remember helping him unlace his boots after long weekends with the Guard and watching him climb enormous radio towers to install or repair equipment.

In 1978 the family moved to Springfield, SD where Bill and Shirley taught at the former University of South Dakota Springfield campus. Bill was an astute learner, and his expertise and love of education earned him a position teaching undergraduate electronics while still pursuing his own degree. He loved this job, citing it as his favorite of his entire career, and was passionate about helping his students excel. He ultimately completed his Bachelor of Science Degree in Education from USD Springfield in 1981, and received his Master’s Degree in Education from USD in 1987.

In 1984 the family moved to Yankton, SD, where Bill worked as a Senior Application Engineer at electronics manufacturer M-Tron PTI for 27 years. In this role he traveled the world, regularly visiting Canada, Korea, Japan, and the United Kingdom. Ever the devoted educator Bill continued to teach, instructing countless students in electronics classes for a local technical college. He also served as school board president for Sacred Heart Catholic elementary school. He volunteered his time and talents as head of the Yankton chapter of the American Diabetes Association, assisting with fundraisers, local educational opportunities, and providing support for people with the disease, including his two eldest daughters. Having completed a commendable career and with seven grandchildren to dote over, Bill retired in 2011.

Bill’s voice was a warm and booming bass, unmistakable and beautiful. It was a gift that he shared by singing openly and often, especially in the Sacred Heart Church Choir where he and Shirley built a 35-year legacy of music ministry that continues to this day. He was also a member of the Harmony Notes Madrigal Singers in Yankton, performing in traditional madrigal attire.

It would be an understatement to say that amateur radio was a huge part of Bill’s life, something he passed along to many, including his family. His children recall, with varying levels of enthusiasm, spending hours listening to cassette tapes of Morse code lessons in an effort to learn a skill that Bill made look so effortless. Bill was an avid and founding member of the South Dakota Prairie Dogs Amateur Radio Club. He would use his mobile “ham” radio to talk to his wife and friends while on the road, and to meet people from around the world decades before the Internet or cell phones. In this community a radio operator who has passed on is dubbed a “Silent Key” in homage to the telegraph key terminals used in early radio. With his passing Bill joins their ranks and his call letters K0WIU are now retired.

Perhaps the greatest, most visible cornerstone of Bill’s character was his unwavering Catholic faith, built upon his close relationship with Jesus Christ and his love of the church community. Bill and Shirley were active members of St. Agnes Parish in Vermillion, St. Vincent’s Parish in Springfield, and most recently Sacred Heart Parish in Yankton. In 1976 Bill and Shirley became members of a Catholic Charismatic Renewal prayer group at St Agnes Parish in Vermillion. Bill and Shirley were active in the Charismatic community, regularly attending the organization’s regional conferences. Following the move to Springfield in 1978 Bill and Shirley joined the Yahweh Shalom Charismatic Prayer Group in Yankton. Bill became a core member of this community and went on to lead the Yankton group for many years, spending countless hours preparing for and hosting the group’s annual prayer retreats. Again, blending his passions, Bill was responsible for informational brochures and mailings as well as audio visual equipment for these events. Bill attended the Sioux Falls Diocese’s Men’s Cursillo retreat weekend in 1977, enriching his faith and establishing bonds with the Cursillo community that lasted the rest of his life. In the 2000s Bill and Shirley were regular attendees of the Saint Benedict Retreat Center at Christ the King Priory in Schuyler, Nebraska, becoming formally professed Benedictine Oblates in 2004.

To send flowers to the family or plant a tree in memory of William Jennewein, please visit Tribute Store
Tuesday
15
December