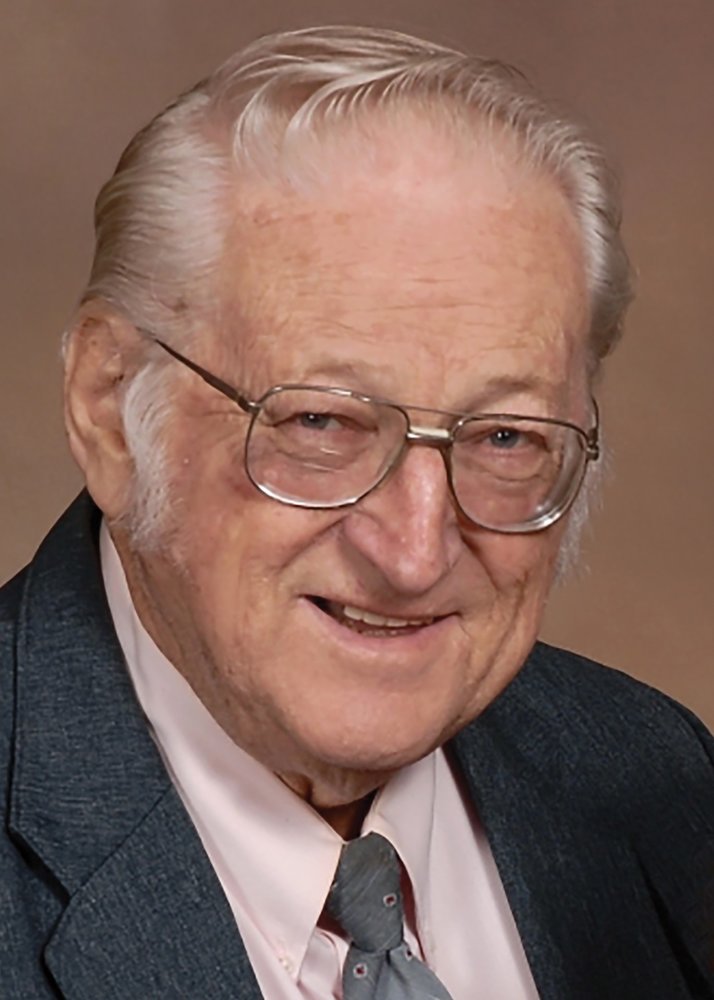 Please share a memory of Rev. Leon to include in a keepsake book for family and friends.
View Tribute Book

Leon Edwin Schulz, 83, of Menno, SD died early morning Wednesday, November 25, 2020 at Menno-Olivet Care Center in Menno. A walk-through visitation will be open to the public at Grace Lutheran Church in Menno on Sunday, December 6, 2020 from 4 to 6 PM.  The family-only funeral service will be held at Grace Lutheran Church in Menno at 10:30 a.m. on Monday, Dec 7, 2020, the Rev. Theresa Jacobson officiating. The public is also welcome to attend the interment at Menno Cemetery immediately following the funeral service.  Military honors will be accorded at the gravesite by Rames-Bender American Legion Post #152 Honor Guard and SDARNG Honor Guard. Due to COVID-19 concerns, live streaming of Leon’s services can be found at https://www.facebook.com/opsahlkostel/live. Online condolences may be sent via https://opsahl-kostelfuneralhome.com/. The family asks that those attending the visitation, funeral or interment in person wear a mask and practice social distancing guidelines for the health and safety of our neighbors and loved ones.

Leon Schulz was born on March 27, 1937 to Ewald and Viola (Schelske) Schulz on a farm northeast of Tripp, SD. He lived with his parents and older brother and sister on a farm in Kulm Township before Ewald bought the family farm east of Parkston, SD from Viola’s parents. He attended Fairview District #95 country school through the 8th grade and graduated from Parkston High School. He served in the U.S. Army from 1956 to 1958 and was stationed in La Rochelle, France.

During his military service, he decided to pursue a life in Christian ministry. Following his honorable discharge, he attended Wartburg College in Waverly, IA where he met Carolyn Schoon. Leon and Carolyn were married August 17, 1963 in Webster City, IA. He earned his Master of Divinity degree from Wartburg Seminary in Dubuque, IA, with an internship at Prince of Peace Lutheran Church in Milwaukee, WI. He was ordained as a minister of the American Lutheran Church at Salem Lutheran in Parkston on June 11, 1967.

Leon served his first parish at St. Paul Lutheran Church in Java, SD until 1977. That year, he accepted a call to Grace Lutheran Church in Menno, SD. He ministered to the congregation there for 25 years until his retirement in 2002. He continued to serve area congregations as an interim pastor in the years after he retired. His outgoing nature and the joy he found working with youth made visiting with parishioners, confirmation classes and Luther League especially fulfilling aspects of his vocation. Leon helped strengthen the ALC and later the ELCA SD Synod by contributing his time and talents to various boards and commissions throughout his life.

An avid outdoorsman until his health declined, Leon enjoyed many seasons hunting deer and pheasant, fishing South Dakota lakes and rivers, and camping with Carolyn and their family. He traveled often--in groups, with his family and with Carolyn--including several trips to Europe throughout their marriage. Closer to home, he was passionate about his German-Russian heritage and could often be found chatting in German with others who grew up speaking the language. He and Carolyn hosted many foreign exchange students, including several special young people from Germany. Tending his massive backyard vegetable garden and many flower beds, until curtailed by health issues, was a lifetime labor of love.

Memorial contributions in Leon’s name may be made to Lutheran Social Services of South Dakota, Lutherans Outdoors in South Dakota, and the Menno-Olivet Care Center.

To send flowers to the family or plant a tree in memory of Rev. Leon Schulz, please visit Tribute Store
Sunday
6
December