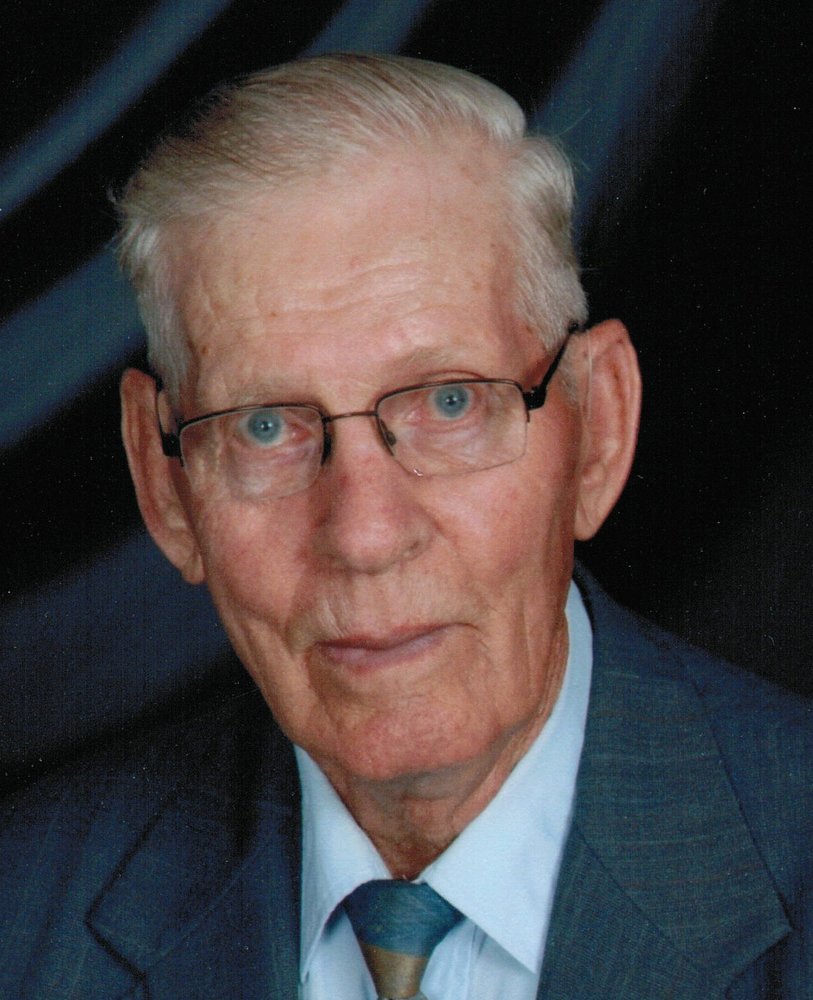 Please share a memory of Don to include in a keepsake book for family and friends.
View Tribute Book

Donald Handel, age 88 of Menno, SD passed away Thursday evening, November 19, 2020 at the Freeman Community Hospital, Freeman, SD.  Private family graveside services will be 2:00 PM, Saturday, December 5, 2020 at the Menno Cemetery, Menno, SD with the Rev. Michael Hecht officiating.  Military graveside rites will be provided by the Rames-Bender American Legion Post # 152 Honor Guard and the SDARNGHG.  Due to COVID-19 concerns, live streaming of Don’s services can be found at: https://www.facebook.com/opsahlkostel/live.  Online condolences may be sent at:  www.opsahl-kostelfuneralhome.com.  Arrangements are under the direction of Aisenbrey-Opsahl-Kostel Memorial Chapel in Menno, SD.

Donald John Handel was born on September 2, 1932, to Richard and Ella (Heckenlaible) Handel.  He was baptized at Salem Church of Menno.  After graduating from Menno High School, Don served his country during the Korean War as an engineer from 1953 to 1955. The Ambassador for Peace Medal from the People of the Republic of Korea was bestowed upon Don and he proudly accepted the honor given to him.  He returned home to farm with his dad on the homestead.

Don was united in marriage to Beverly McClain on June 1, 1958.  They lived on the homestead and raised their two children, Douglas, and Pamela.  Don and Bev worked hand in hand helping each other farming until they retired.

Don enjoyed fishing and camping later in life.  He was a member of Peace Christian Reformed Church where he served faithfully as a deacon and a member.  Don was also a lifetime member of the American Legion.

Don’s pride and joy were his grandchildren and great-grandchildren.  His heart was filled with joy watching his grandchildren’s activities they were involved in.  There were very few times you did not see him on the side with a smile on his face.  As his granddaughter poignantly wrote:

This man, was at every sporting event he could be at.

This man, adored his great-granddaughters.

This man, quit smoking for me.

This man, was a veteran.

This man, was my hero.

This man, this man is my Grandpa.

I will forever miss you and love you Grandpa!

Don was preceded in death by his parents and brother, Milton.

To send flowers to the family or plant a tree in memory of Don Handel, please visit Tribute Store

A Memorial Tree was planted for Don
We are deeply sorry for your loss ~ the staff at Aisenbrey-Opsahl-Kostel Memorial Chapel
Join in honoring their life - plant a memorial tree
Services for Don Handel
There are no events scheduled. You can still show your support by sending flowers directly to the family, or planting a memorial tree in memory of Don Handel.
Visit the Tribute Store
Share A Memory
Send Flowers
Plant a Tree