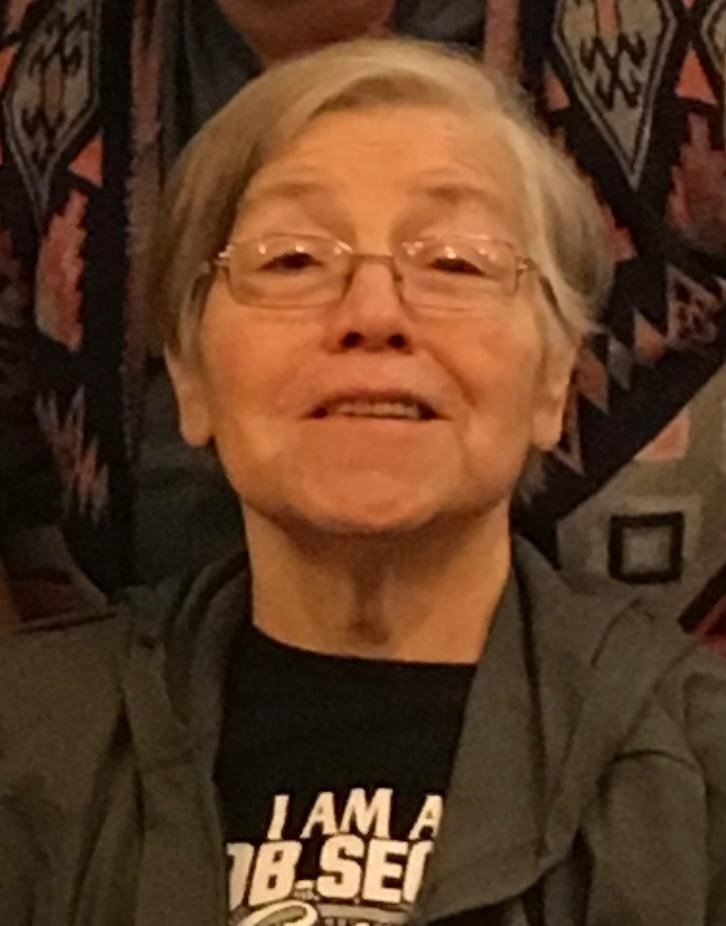 Marilyn Wright, age 67 of Norfolk, NE and formerly of Yankton, SD.  Passed away Friday, November 20, 2020 at Faith Regional Hospital, Norfolk, NE.  Private family memorial services will be 11:00 a.m.,Tuesday, December 1, 2020 at the Opsahl-Kostel Funeral Chapel, Yankton, SD with Rev. Patricia Whitehorse Carda officiating.  Burial of her cremated remains will be at a later date at the Greenwood Cemetery, Greenwood, SD.  Due to COVID-19 concerns, live streaming of Marilyn’s services can be found at: https://www.facebook.com/opsahlkostel/live. Those wishing to attend in person are asked to wear a mask and to practice social distancing guidelines.  Online condolences may be sent at:  www.opsahl-kostelfuneralhome.com.  Arrangements are under the direction of Opsahl-Kostel Funeral Home and Crematory in Yankton.

Marilyn Gail Thornton was born August 8, 1953 to Lena (Cook) and Walter Thornton in Yankton South Dakota. She was born the 10th child in a family that would grow to 13 children. Growing up, her early years were spent in Yankton and Wagner. She attended St. Paul’s Indian Mission from 2nd grade and was a student there until her graduation in 1971. She attended Mount Marty College and obtained a bachelor’s degree in Social Work. She spent her professional career as a Social Worker working for the State of Nebraska in various positions as well as working for the 4 Native American Tribes in Nebraska. Due to her health, she retired early, which allowed her to spend time with her large family.

On June 24, 1978, she married her high school sweetheart, Thomas Wright and the two settled down for a life together in Norfolk NE. Over the years, they were blessed with 13 children, and they had the honor of raising 4 of their grandchildren: Tara, Ted Jr., Theron, and Tylena.

During her lifetime, Marilyn was a fierce advocate for child welfare and women’s rights. Over her years in Social Work, Marilyn developed an expert opinion on Indian Child Welfare and worked to maintain cultural ties for children receiving services and to ensure courts were following the federal law.  She also spent a good deal of time empowering women to achieve their full potential and encouraged them to make their voices heard. Before her passing, Marilyn had started to become involved in the Missing & Murdered Indigenous Women movement, a movement recently started to create awareness and draw into action a plan to address the disappearance and murders of Native women and girls in North America.

To send flowers to the family or plant a tree in memory of Marilyn Wright, please visit Tribute Store
Tuesday
1
December