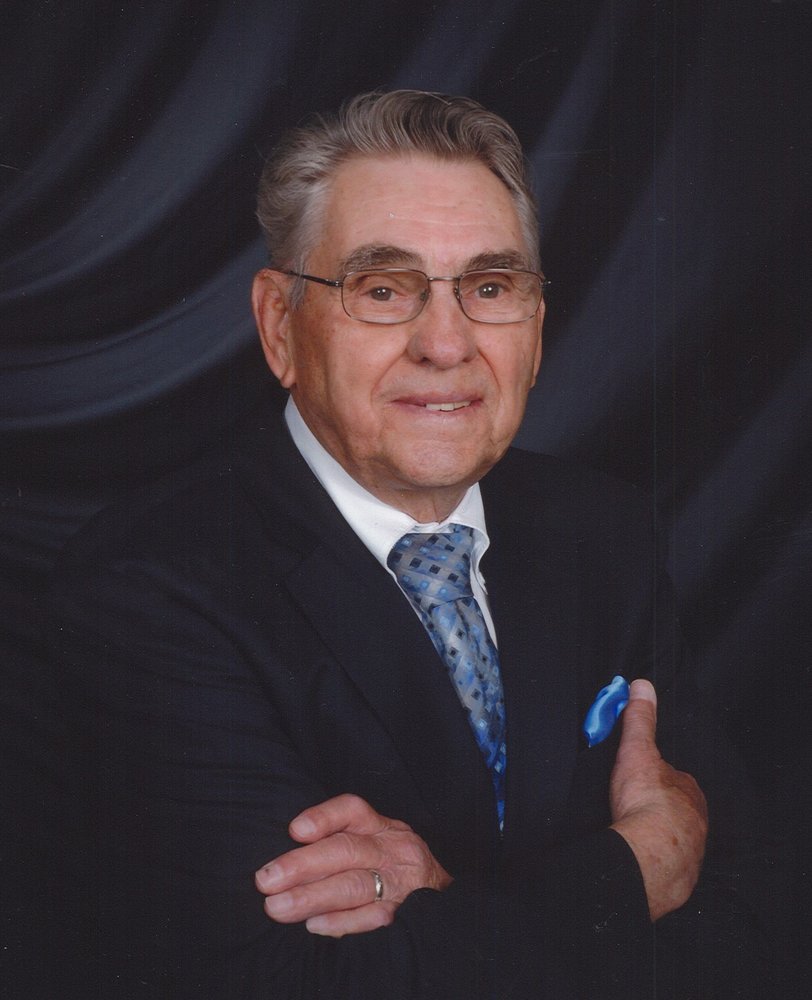 Obituary of Alfred A. Hauck

Alfred A. Hauck, age 93 of Marion, SD and formerly of Menno, SD died late Sunday, October 18, 2020 at the Tieszen Memorial Home, Marion, SD.  Graveside services will be 10:00 AM, Saturday, October 24, 2020 at the Menno Cemetery, Menno, SD with Military Graveside Rites by the Rames-Bender American Legion Post #152 Honor Guard and the SDARNG Honor Guard.  Visitations will be 5 to 7 PM, Friday, October 23, 2020 at the Aisenbrey-Opsahl-Kostel Memorial Chapel, Menno, SD.  Live streaming of his service may be viewed on: https://www.facebook.com/opsahlkostel/live.  Those planning to attend are encouraged to wear a mask and use social distancing practices.  On line condolences may be sent:  www.opsahl-kostelfuneralhome.com.

Alfred Alvin Hauck was born March 24, 1927 to August J. and Magdalina (Koerner) Hauck in Hutchinson county on a farm 10 miles southeast of Menno, SD. He was one of eleven children. He was baptized in 1927 by Rev. Bodenman and confirmed in June of 1941 by Rev. Kaempchen. He attended country school through the 8th grade. Alfred spent two years in the U.S. Army from 1951 to 1952, when he was sent to Korea and served as a staff sergeant in the second infantry division - second to none. During his service to our country he was wounded and received two Purple Hearts and the Bronze star for heroic achievement and service in a combat zone. Alfred married Arlena Irene Roduner on April 14, 1963 at Salem Reformed Church in Menno by Rev. Rolmer. Alfred farmed all his days until moving to Menno in 1997 to retire. In 2016, Alfred received the Republic of Korea - Ambassador for Peace Medal as an expression of appreciation from the Korean government to U.S. servicemen and women who served in the Korean War. In 2018, Alfred moved to the Tieszen Memorial  Home in Marion, SD. Alfred also participated in the May 2019 Midwest Honor Flight to Washington, D.C., with his oldest grandson Jordan Hauck - which he described as the “trip of a lifetime.” Alfred was an active member of the American Legion and Disabled American Veterans. He served as a deacon and elder of the Peace Christian Reformed Church of Menno, SD, for many years. Alfred enjoyed working mathematical transactions, spending time with his grandchildren and watching the Minnesota Twins baseball games.

The Hauck family wishes to send a special thank you to the staff members at the Tieszen Memorial Home in Marion, SD and the Compassionate Care Hospice of the Midwest.

To send flowers to the family or plant a tree in memory of Alfred Hauck, please visit Tribute Store
Friday
23
October

Share Your Memory of
Alfred
Upload Your Memory View All Memories
Be the first to upload a memory!
Share A Memory
Send Flowers
Plant a Tree