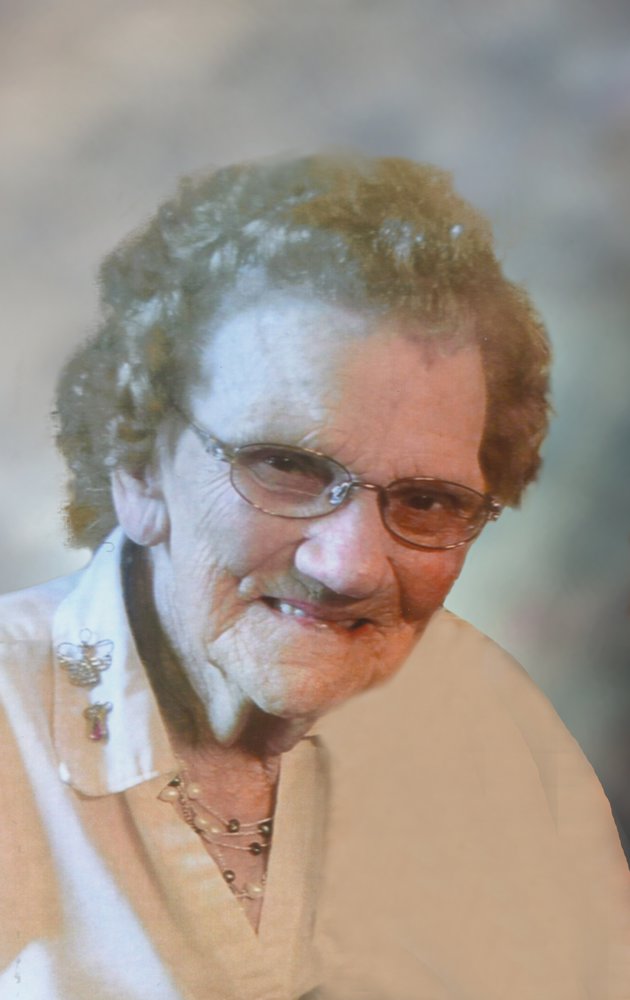 Theresa Arens, age 91 of Yankton, SD passed away on Wednesday, June 3, 2020 at her home.   A private funeral mass with live streaming will be 10:30 a.m. Tuesday, June 9, 2020 at Sacred Heart Catholic Church in Yankton with the Rev. Fr. Larry Regynski as Celebrant.  The live streaming address is:  https://www.facebook.com/opsahlkostel/live.   Burial will follow in Sacred Heart Cemetery.  Drive up window visitation will be 5 to 7:00 p.m. Monday, June 8 at Opsahl-Kostel Funeral Home and Crematory in Yankton.  Arrangements are under the direction of Opsahl-Kostel Funeral Home and Crematory in Yankton.  Online condolences may be made at:  www.opsahl-kostelfuneralhome.com.

Theresa was born October 12, 1928 to Bernard and Mary (Wiepen) Brand in rural Orient, SD. They returned to the family farm in St. Helena, NE in 1940. There she graduated from District 17, which was located at the end of their driveway. She married Ben Arens on July 8, 1946 in St. Helena, NE. In 1948, Ben and Theresa moved back to her childhood farm at Orient, SD, where they farmed for 50 years and raised their family together through the good times and the bad. Ben and Theresa were blessed with thirteen children. In 1994, Ben and Theresa retired and moved to Yankton, SD. She enjoyed playing cards, in particular Sheepshead, with family and friends. In retirement, Theresa remained active. Ben and Theresa enjoyed traveling together. She was a member of The Center and worked in the kitchen for many years. Her priorities were faith and family: she participated in Catholic Daughters and Right to Life events and spent countless hours with her grandchildren, especially by attending their musical and sporting events.

Theresa is preceded in death by her husband, Ben; one son, Joe; one son-in-law, Paul Ballert, and two daughters-in-law, Sandy and Carol Arens; one brother, John Brand; two sisters, Jean Mueller and Henrietta Arens; and three brothers and three sisters in their childhood.

The family asks that in lieu of flowers memorials can be made to The Center (900 Whiting Drive).