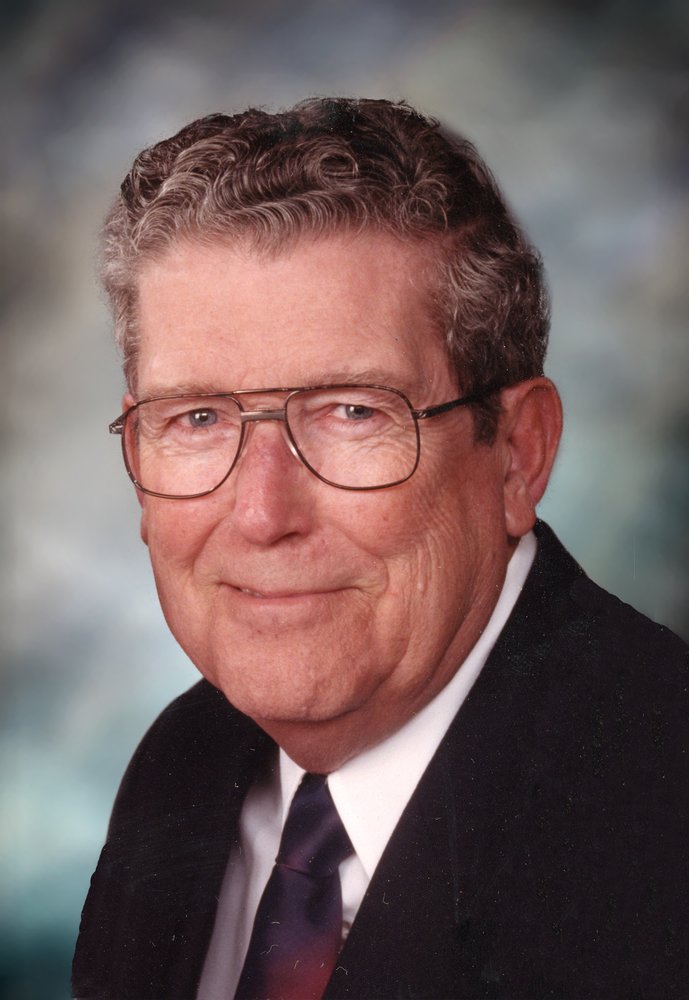 David G. Henderson, the son of Samuel and Harriet (Sowl) Henderson was born on January 21, 1930 at Springfield, SD. He received his early education near his childhood home, and then went on to college, graduating from Southern State Teacher’s College in 1951. He was united in marriage to his childhood sweetheart, Mary Jane Hatwan on June 3, 1951, and to this union were born two children. David entered the U.S. Navy in March of 1952 and served until his honorable discharge in December of 1953. He spent his career in the insurance business, with the last thirty years at St. Paul Companies until his retirement in 1989. His hobbies included camping, fishing, hunting, and trap shooting. David and Jane enjoyed spending their retirement years wintering in Texas. He loved spending time with his children and grandchildren. Grateful for sharing his life are his wife Jane of 68 years; his brother Ken, of Lake Forest, CA; his daughter Colleen (James) Furlong of Faribault, MN; his son Bruce (Barbara Thorpe) of Sioux Falls, SD; seven grandchildren; one great-granddaugher; other relatives and friends. David was preceded in death by his parents; and by one brother, Charles. In lieu of flowers, memorials are preferred to: United Church of Christ Building Fund, 210 W. 5th Street, Yankton, SD 57078, and the Alzheimer’s Association, South Dakota Chapter, 4304 Technology Drive, Sioux Falls, SD 57106.
To send flowers to the family or plant a tree in memory of David Henderson, please visit Tribute Store
Friday
24
January