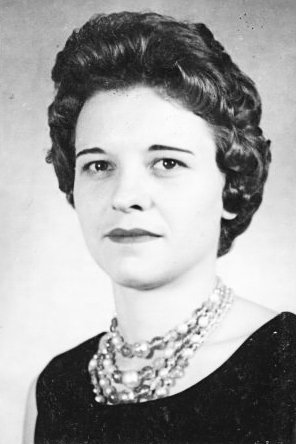 Mavis I. (Thompson) Gould, age 83 of Yankton, SD passed away on Sunday, November 24, 2019 at Majestic Bluffs Hospice House in Yankton.  There are no services planned at this time.  The Opsahl-Kostel Funeral Home and Crematory of Yankton is assisting the family.

From 1953 until 1970 the family lived in Auburn, Nebraska at which time they moved to Chamberlain, South Dakota. Mavis worked at the Community Bailey Hospital for a few years. She eventually opened a sewing/craft store that brought her several years of enjoyment.  Following Francis' retirement in 1994 they moved to Yankton, South Dakota where she lived until her death.  Mavis enjoyed spending time with her family and working on any number of fiber or needle arts.