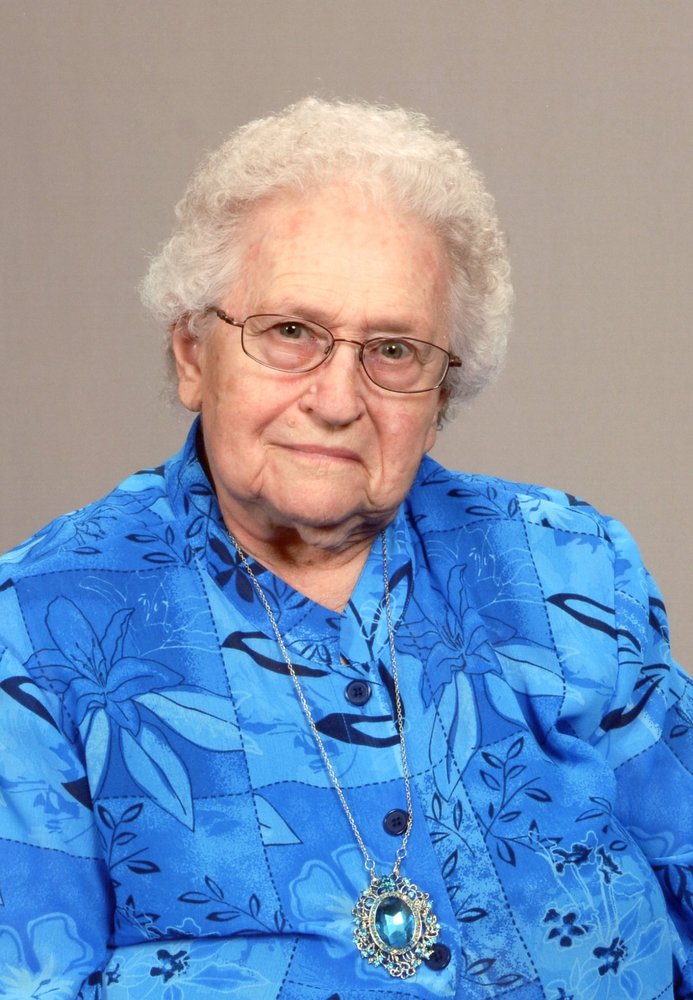 Ruth Baltzer (nee Herr) was born on May 8, 1931 near Tripp, SD to Otto and Edna (Stoebner) Herr. She was baptized and confirmed in the Reformed Church at Tripp, SD. She attended Lakeside School through 8th grade. Ruth was united in marriage to Ruben Baltzer on January 12, 1951 at the Frieden's Reformed Church in Tripp, SD. They lived and farmed northwest of Olivet, SD until Ruben's passing in 1980. Ruth was Ruben's caregiver for 8 years doing home dialysis. She moved to Olivet in 1981 and resided there until 2015 when she became a resident at the Scotland Good Samaritan Center. Ruth was an active member of the Olivet United Methodist Church teaching Sunday School, singing in the choir, a member of United Methodist Women, serving on various committees and cleaning the church for many years.

Ruth was preceded in death by her husband, Ruben, and her parents.