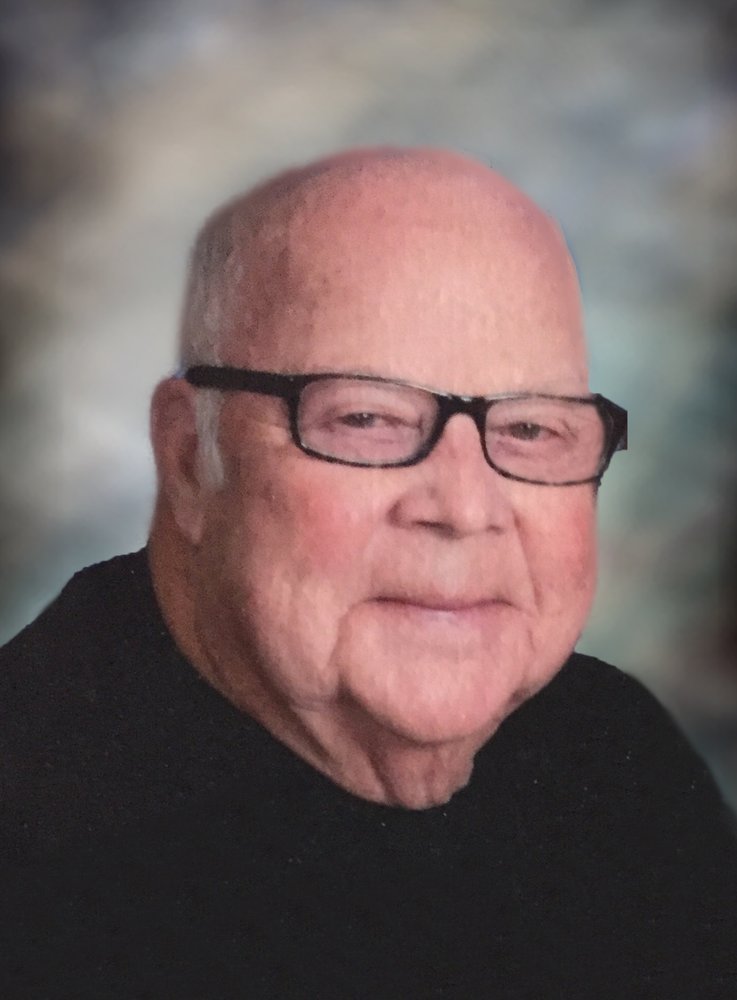 John K. Cornette, age 85 of Yankton, SD passed away on Wednesday, August 21, 2019 at Avera Sacred Heart Hospital in Yankton following recent health struggles.  Funeral services will be 11:00 a.m. Friday, August 30, 2019 at Yankton United Church of Christ (Congregational) with the Rev. Kenn Leischner officiating.  Burial of his cremated remains will be in the Nebraska Veterans Cemetery in Alliance, Nebraska at a later date.  Visitation will be 5 to 7:00 p.m. Thursday, August 29 at Opsahl-Kostel Funeral Home and Crematory.  There will also be visitation for one hour prior to service time at the church on Friday.  Arrangements are under the direction of Opsahl-Kostel Funeral Home and Crematory in Yankton.  Online condolences may be made to:  www.opsahl-kostelfuneralhome.com.

John was born October 28, 1933 in Alliance, NE to Judson and Frances (Smith) Cornette.  John married his high school sweetheart, Lyndall King, on November 23, 1955 in Alliance, NE. After 63 years of marriage, Lyndall passed away in April of this year.

John was the son of a farmer. Although farming ran in his blood, after serving in the Army during the Korean conflict and seeing more of the world, he chose to take a different path. With the help of the G.I. Bill, John attended Chadron State where he received his Bachelor and Masters of Education degrees. This led to his first position in Martin, SD. where he taught English. In 1962, he was given an opportunity to attend Columbia University in New York City. With his hard-won professional diploma in guidance and counseling, he moved his growing family to Yankton, SD to expand the scope of the guidance department in the Yankton School system.

It isn’t a stretch to say that the majority of students that came through the high school were impacted by John. He wasn’t just a counselor. He timed all the sporting events and he oversaw loading up the kids on the buses every day. He was instrumental in developing the Honors Program and the GED program. John served as chief examiner for the GED program for 31 years and saw 2,500 people obtain their GED.

He had a passion for assisting students in finding the right educational path for them. He knew that choice would change the course of their lives and he took that responsibility to heart.

The number of boards, commissions and organizations he was a part of is almost too many to list. LifeScape, Masons, Children’s Care Hospital, VFW, and the Weed Commission all benefited from his knowledge.  John and Lyndall were honored to act as Captain and Belle at the 2004 Riverboat Days.

If there is one organization that epitomizes John’s devotion to volunteerism, it is the Elks. The Elks were family. Friday nights were spent with the entire family going to Lodge #994 to enjoy burgers and fries. Many summer vacations revolved around going to the national convention. As with most organizations that he was a part of, John moved into a leadership position. In addition to serving as Exalted Ruler of Lodge #994, he also served in several national and state roles, including State President. For over two decades, he was South Dakota’s Drug and Alcohol Awareness Chair.

Even in his limited time off, enjoyable activities always involved hard work. John made use of his carpentry skills and ran Cornette Builders in the summer months. Many houses in Yankton were made better by his experience.  Weekends were spent on Lewis & Clark, boating with the family and friends.  The key for the Cornettes was to get out early to beat the crowds, ski along the Nebraska bluffs, and then spend the rest of the day drifting, swimming, or beaching the boat at South Shore.

John and Lyndall spent countless hours working on their yard and gardens. The size of the gardens, which grew over time, often left little grass to mow and lots of beds to weed. Even Christmas wasn’t without work. There was The Christmas Party. Hundreds of guests filled their home to celebrate the season. And the front of the house was never without an abundance of Christmas lights that John managed to find a way to hang in sub-zero weather.

Lastly, the family wishes to extend their heartfelt gratitude to the entire staff at Avera Sacred Heart and Avera Sister James for their tireless efforts in the care of our father.