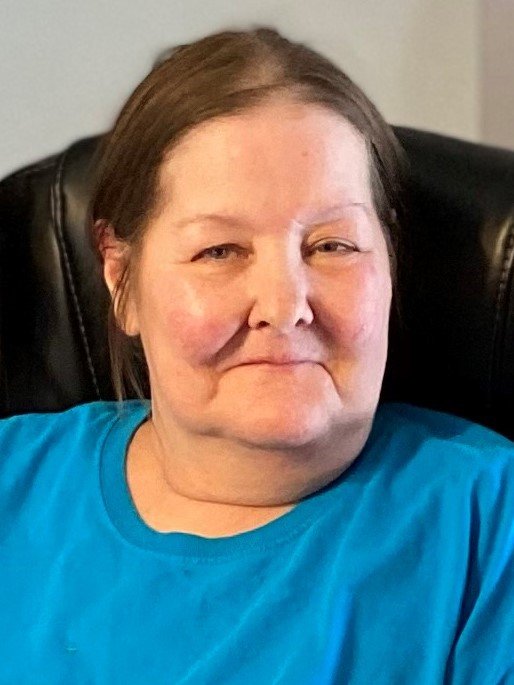 Obituary of Cheryl A. Bridenbaugh

Please share a memory of Cheryl to include in a keepsake book for family and friends.
View Tribute Book

Cheryl Bridenbaugh, age 62 of Yankton, SD passed away Thursday, November 12, 2020 at Avera Sacred Heart Hospital, Yankton, SD after a battle with cancer.  Private family services will be held 3:00 PM, Sunday, November 15, 2020 with Rev. Paul Albenesius officiating.  Live streaming of Cheryl’s services can be found at:  https://www.facebook.com/opsahlkostel/live.  Online condolences may be sent at:  www.opsahl-kostelfuneralhome.com.  Arrangements are under the direction of Opsahl-Kostel Funeral Home and Crematory in Yankton.

Cheri, daughter of Wesley and June (Slepicka) Reifschneider was born January 20, 1958 in Lincoln NE. She grew up in Lincoln NE, but moved to South Sioux City, NE in 1968. She received her GED in 1976. She married John Albenesius September 27,1975. To this union three children were born, John, Angela & Lisa. While raiser her children she worked at Aalfs Manufacturing in the clothing store. On July 21, 1995 she married David Bridenbaugh. They lived in Sioux City until 2010 when they moved to Yankton, SD for a quieter life. In 2014 Cheri began caring for her grandchildren during the day. She cared for the youngest two up until a few weeks ago. She loved planting and caring for a garden and flower garden. She loved going for car rides and enjoying being in the outdoors. She loved playing card games with her husband and children. She was a great cook. When cooking she usually cooked for an army. family would joke, we'll be eating this for a week. She loved her beloved cat Gizmo and her grand-fur babies. She was best known to her children's friends as “MooMoo” and later to her grandchildren. Her grandchildren were the light of her life. She will be missed by many and she will continue to be loved by a lot. She had a smirk on her face when she passed telling her best friends Karen & Marcie, look out, here I come.

She was preceded in death by her parents Wesley & June Reifschneider and brothers Gordon & Alan Reifschneider.

To send flowers to the family or plant a tree in memory of Cheryl Bridenbaugh, please visit Tribute Store

A Memorial Tree was planted for Cheryl
We are deeply sorry for your loss ~ the staff at Opsahl-Kostel Funeral Home & Crematory
Join in honoring their life - plant a memorial tree
Services for Cheryl Bridenbaugh
There are no events scheduled. You can still show your support by sending flowers directly to the family, or planting a memorial tree in memory of Cheryl Bridenbaugh.
Visit the Tribute Store
Share A Memory
Send Flowers
Plant a Tree