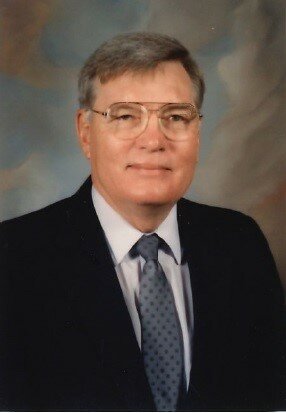 Please share a memory of Jack to include in a keepsake book for family and friends.
View Tribute Book

Jack Richardson, age 92 of Coloma, MI and formerly of Yankton, SD passed away Sunday, January 16, 2022, at Woodland Terrace, Coloma, MI.  Private family services will be held.  The Opsahl-Kostel Funeral Home & Crematory, Yankton, SD is assisting with the service details.  Online condolences may be sent at: www.opsahl-kostelfuneralhome.com.

Jack was born December 8th, 1929 on a farm west of Chester, SD to Lyle and Blanche (Cline) Richardson.  He spent his childhood in Chester until 1941 when they moved to Parker, SD.  Sports was his life, participating in football, basketball, and track in high school, graduating in 1949.  He continued his education at South Dakota State College where he became a 3 sport letter winner in football, basketball and track, during 1950 to 1953.  He graduated with an Arts and Science degree with a commission in the Army ROTC program.  He married Darlene Walser in 1952 and before reporting for active duty in the US Army, they both taught and Jack also coached at Milbank, SD.  After 2 years at Ft. Benning, GA, he returned to SDSC as a graduate assistant in the physical education department, achieving a MS degree in school administration and physical education.  He continued his coaching and teaching career at Yankton High School from 1957-1965.  From 1965-1968 Jack was the football and wrestling coach at Southern State College at Springfield, SD.  Then Jack returned to YHS as Activities Director and Assistant Principal until his retirement in 1989.

Jack was a charter member of the South Dakota High School Athletic Directors Association, serving as President 1982-83 and named SDHSADA AD of the Year in 1977 and again in 1981, and inducted into Hall of Fame 1989.  He was selected by the National Council of Secondary School Athletic Directors as AD from SD in 1982 and was presented with the Ralph Ginn Coaching Award in 1982. Ginn was his college football coach.  Some of Jack’s accomplishments include SDHSADA Hall of Fame 1989, SDHSAA Distinguished Service Award 1990, SDSU Alumni Leadership Award 1990, SDHS Coaches Hall of Fame 1990, NIAAA State Award of Merit 1988, SDSU Distinguished Alumnus 1992, Yankton High School Hall of Fame 1996, SDIAAA Hall of Fame 2001, Eastern South Dakota Athletic Conference service award.

He enjoyed his retirement years volunteering, camping, traveling, winters in AZ, watching his grandsons in sports, reliving his playing days, and feeling fortunate to see them become adults.

He was preceded in death by his wife Darlene, his parents, and his brother Ronald.

A private family service will be held.  For memorials please support YHS or your local high school activities and SDSU athletics.

To send flowers to the family or plant a tree in memory of Jack Richardson, please visit Tribute Store

Look inside to read what others have shared
Family and friends are coming together online to create a special keepsake. Every memory left on the online obituary will be automatically included in this book.
View Tribute Book
Services for Jack Richardson
There are no events scheduled. You can still show your support by sending flowers directly to the family, or planting a memorial tree in memory of Jack Richardson.
Visit the Tribute Store
Share A Memory
Send Flowers
Plant a Tree