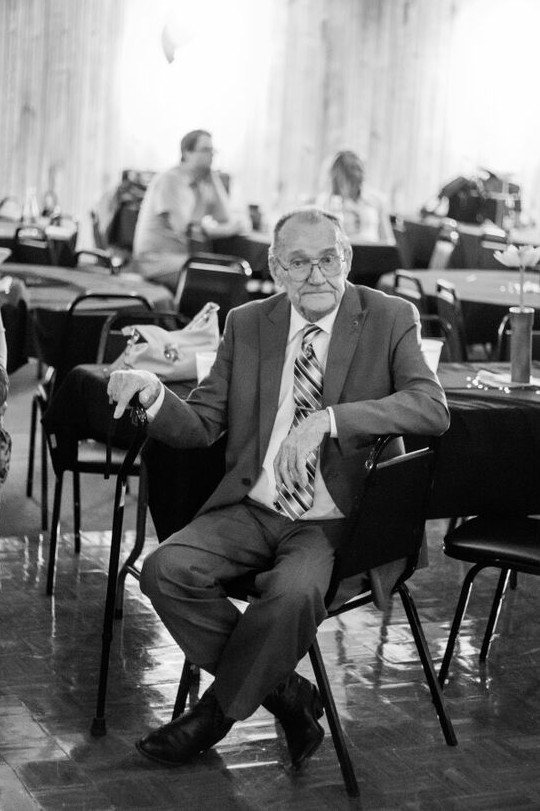 Please share a memory of Arland to include in a keepsake book for family and friends.
View Tribute Book

Arland E. Westegaard, age 98 of Yankton, SD passed away Tuesday, February 9, 2021 at Avera Sister James Care Center, Yankton, SD.  Private Family Memorial Services will be 10:30 AM, Thursday, February 18, 2021 at St. Benedict Catholic Church, Yankton, SD with Rev. Tom Anderson officiating.  Burial of his cremated remains will be at a later date.  Military Flag Presentation will be made by the US Navy.  Walk through visitations will be 5 to 7 PM, Wednesday, February 17, 2021 at the Opsahl-Kostel Funeral Home & Onsite Crematory, Yankton, SD.  Due to COVID-19 concerns, friends and family are encouraged to participate through live streaming of Arland’s services at:  https://www.facebook.com/opsahlkostel/live.  Those wishing to attend the visitation in person are required to wear a mask and to practice social distancing guidelines.  Online condolences may be made at:  www.opsahl-kostelfuneralhome.com.

Arland was born July 1, 1922 to Peter and Rose (Petersen) Westegaard on a farm west of Viborg, SD.   He attended country school in rural Turner County and graduated from Viborg High School in 1940.   He enlisted in the US Navy in January 1943 and proudly served his country as an aviation machinist mate, second class, based in Norman, OK, until his discharge in April 1946.   One of the most memorable events of his life was when he went on the honor flight to Washington, DC, to see the WWII Memorial.

After discharge, he worked helping to install Rural Electric infrastructure and he met a pretty school teacher named Bernadette while he was wiring the school house where she was teaching.   Arland married Bernadette Dangel on October 3, 1951, at St Boniface Catholic Church , Idywilde, near Freeman, SD.   They raised nine children and he was most proud of his family.  They farmed near Freeman until 1966, after which they moved to Yankton, SD, where he worked as an electrician for Bauer Electric until he retired.   During his retirement years, he worked part-time as a handyman for Fejfar Plumbing.

Arland is survived by his wife, Bernadette, and his children, Angela (Roger) Hejl of Yankton, Joan (William) Sathe of Eaton, CO, Charles of Spokane Valley, WA, Marietta (Deldean) Bjorklund of Norfolk, NE, Paul of Yankton, Donald (Linda) of Otis Orchards, WA, Sheila (Scott) Hammond of Mitchell, Karen of Sioux Falls, and Linda (Timothy) Shumaker of Vermillion along with 14 grandchildren and many great grandchildren.  Also surviving are one sister, Doris (Darwin) Devries of Viborg, 4 sisters-in-law and many nieces and nephews.   He was preceded in death by his parents, 4 brothers, Carl, Nels, Earl and Leslie, and their spouses, and one sister, Ruth and her husband.

To send flowers to the family or plant a tree in memory of Arland Westegaard, please visit Tribute Store
Wednesday
17
February