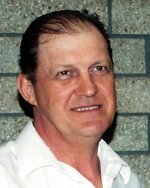 Dale Ugofsky, age 66 of Sioux Falls, SD and formerly of Yankton, SD passed away Thursday, July 24, 2014 at his residence surrounded by his family in Sioux Falls, SD after an extended illness. Memorial services will be 2:00 PM, Tuesday, July 29, 2014 at the First United Methodist Church, Yankton, with Rev. Ron Johnson officiating. Private burial of the cremated remains will be at a later date. Visitations will be one hour prior to the service at the church. The Opsahl-Kostel Funeral Home & Crematory, Yankton, is assisting with service details. Dale Ugofsky was born May 28, 1948 to Ray and Mabel (Rokusek) Ugofsky in Yankton, SD. He was baptized on June 27, 1948 and confirmed on September 18, 1960. Dale married Mary Helen Talich on October 15, 1966 in Lesterville, SD and to this union, three children were born: Brooks, Jay and Tara. Dale shingled roofs in the Utica, and Yankton area for four years. The family moved to Chamberlin in 1969 where Dale worked at Verschoor Motor Company. In 1973, they returned to Yankton where Dale began employment at Wilson Trailer Company. He was employed there for 21 years when he had his first battle with cancer. From that time on, he worked part time in maintenance at local hotels. Dale loved music and played bass guitar in the Hank & Luther and Midnight Special band. He really enjoyed spending time with his children, grandchildren, great-grandchildren, and his many friends and relatives. Dale is survived by his wife, Mary of Sioux Falls, SD; sons, Brooks (Tammy) of Yankton, SD and Jay (Stacie) of Harrisburg, SD; daughter, Tara (Brian) Haiar of Sioux Falls, SD; eight grandchildren, 4 great-grandchildren and many nieces and nephews. He was preceded in death by his parents, brother, Duane, and sisters: Carol, Donna, and Mary Lou.
To send flowers to the family or plant a tree in memory of Dale Ugofsky, please visit Tribute Store
Services for Dale Ugofsky
There are no events scheduled. You can still show your support by sending flowers directly to the family, or planting a memorial tree in memory of Dale Ugofsky.
Visit the Tribute Store
Share A Memory
Send Flowers