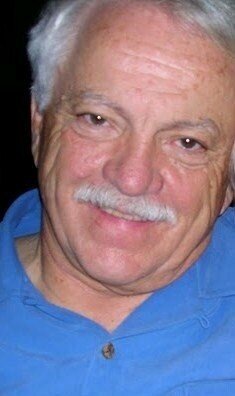 Dr. Marques Everett Rhoades, 82, passed away peacefully at the Minnesota Veterans Home in Luverne, MN on Wednesday, May 18, 2022 with his family by his side.  All are invited to celebrate his life at a Memorial Mass of Christian Burial, Saturday, June 11th at St. Benedict Catholic Church in Yankton, SD with Rev. Tom Anderson officiating. Visitation at 9:00 am with Mass to follow at 10:00. Private interment ceremony at St. Michaels Cemetery, Sioux Falls, SD at a later date. In lieu of flowers, the family would appreciate donations to the Wounded Warrior Project. Service at 4899 Belfort Road Suite 300, Jacksonville, FL 32256. Arrangements are being handled by the Opsahl-Kostel Funeral Home and Onsite Crematory, Yankton, SD. Online condolences may be sent at: www.opsahl-kostelfuneralhome.com.  Live streaming of Marc’s service can be found at: https://my.gather.app/remember/dr-marques-marc-rhoades.

Marc was born August 5, 1939 to Everett and Bernice Rhoades in Le Mars, IA. In 1950 Marc and his family moved to Avon and then Pickstown, SD where his father worked for the Army Corp of Engineers Fort Randall Dam construction. With the Fort Randall Dam project completed, the family moved to Yankton, SD in 1956 where his father worked in the Corp’s Gavins Point Dam project and his mother taught at Lincoln Elementary School. Marc would later earn money during college giving tours of the Gavins Point Dam. He graduated from Yankton High School in 1957 with hopes of becoming an architect. Marc attended South Dakota State University and then transferred to the University of South Dakota encouraged by one of his early mentors, Dr. Merritt Auld of Yankton who inspired him to become a doctor. Marc graduated from USD in 1961 with a degree in zoology and then attended USD for two years of medical school. Marc was accepted into Baylor University College of Medicine in Houston, TX graduating in 1965. Upon graduation he began a four year commitment to the United States Navy in the flight surgeon program. During his naval career, Marc was stationed in Queens, NY, Pensacola, FL, and Fallon, NV. He was honorably discharged in 1969.

In 1964 Marc was united in marriage to Marilyn Kay Scollon in Sioux Falls, SD. The couple was blessed with their 6 children and resided in various cities for Marc’s medical residency and career. He, Marilyn and their growing family resided in Buena Park, CA, Beaumont,Temple, and Corpus Christi, TX. In 1979 another one of Marc’s mentors, Dr. Chester McVay,  offered him a position with the Yankton Clinic, later to become known as the Yankton Medical Clinic. Wanting to raise his children in a small town environment with excellent schools, Marc accepted the position and returned with his family back to Yankton in 1979 where he joined the practice as an orthopedic surgeon. He practiced there for 27 years specializing in knee and hip replacements. He also spent time providing medical care to impoverished South Dakota reservation communities. While in Yankton, Marc was a proud supporter of Yankton High School athletics and served as the team physician for many YHS athletic teams. In 2003 he was inducted into the YHS Athletic Hall of Fame for his service and dedication to YHS athletics. Despite the fact that Marc was a busy physician, he always found time to attend his childrens’ many activities and later on he would go on to become an avid supporter of all of his grandchildren’s activities. Marc put many miles on traveling to all of their events all over the tri-state area. Marc was also an avid and accomplished athlete in his own right. He completed numerous marathons including the prestigious New York Marathon as well as the Ironman Triathlon in Kona, Hawaii.  Marc was awarded a distinguished Bush Foundation Fellowship where he honed his management skills which he then put to use as the Vice President of Medical Affairs at Avera Sacred Heart Hospital working as a liaison between physicians and administration.

Marc retired from medicine in 2006. In 2007, Marc married Patti Brooks of St. Paul, MN.  They made their home there until 2019 when, due to declining health, he became a resident of the Minnesota Veterans Home in Luverne, MN. This allowed him to be closer to all of his children and receive excellent care at this top notch facility. While at the Veterans Home, Marc became a part of an incredibly supportive community of veterans. The Covid pandemic and subsequent lockdowns were especially hard on him and his fellow veterans but he was able to video chat daily with his wife Patti and Zoom weekly with his children. His family are deeply grateful to the amazing staff there as well as the Veterans Administration Hospital in Sioux Falls where Marc received treatment. If there are angels on Earth, then there is a good chance that they work at these fine places.

While his list of accomplishments is long and impressive, his greatest reward in life was that of his family. He was an extraordinary father who encouraged, supported, advised and inspired. His children and grandchildren were the fortunate recipients of his wisdom, medical advice and outlook on life in general. They were also the recipients of the most incredibly thoughtful and from the heart gifts one could imagine. Not to mention that If there was a Nobel Prize for gift wrapping, he would have won it every year. He was a perfectionist with an eye for detail. When it came to creative pursuits of his own or those of his children, he was definitely of the “Go big or go home”  approach. He loved to be creative and would often be in charge of creating the Yankton Medical Clinic parade floats. He “helped” with many of his children and grandchildren’s school projects such as the notorious 10th grade bug collecting project where he strongly encouraged them to begin hunting for them the summer before 9th grade. Marc was also an accomplished handyman and papier mache artist. Many people who were acquainted with him thought he was a quiet introvert often seen with a serious expression. People were frequently surprised to learn that he had a lovely dry sense of humor, quick wit and was a purveyor of a good dad joke. He adored Seinfeld, Albert Einstein, Johnny Cash, animals of all kinds-especially dogs, the Minnesota Twins and Vikings, science and snacks of all kinds.

Marc was a generous soul who had a strong Christian faith. He would continually reexamine his life and always strove to be better. He was guided by Psalm 39 “Short are my days, only a breath is my existence. Like a vapor are my restless pursuits.” He loved the imagery of an hourglass and how it represented the fast slipping days of our existence.  He collected hourglasses to remind himself of this. And so it is with overwhelming sadness and pain that his family must now acknowledge that his hourglass has now run out. His contributions to this world are too numerous to mention them all in this notice and it is heartbreaking to know that he is no longer in the world that was made so much better by his presence and contributions to it.

Marc was preceded in death by his parents, and his former wife, Marilyn.

To send flowers to the family or plant a tree in memory of Dr. Marques 'Marc' Rhoades, please visit Tribute Store
Saturday
11
June

Share Your Memory of
Dr. Marques 'Marc'
Upload Your Memory View All Memories
Be the first to upload a memory!
Share A Memory
Send Flowers
Plant a Tree