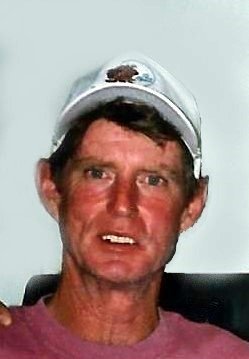 Brian S. Drotzman, age 62 of Yankton, SD passed away unexpectedly on Monday, September 7, 2020 at Avera Sacred Heart Hospital in Yankton.  Due to current COVID-19 conditions, a private family memorial service will be held at the Opsahl-Kostel Funeral Home and Crematory, Yankton, SD with Rev. Jacqueline Hickox-Morgan officiating.  Live streaming may be found at:  https://www.facebook.com/opsahlkostel/live on the Opsahl-Kostel Funeral Home & Crematory website.  Visitations will be one hour prior to the service at the funeral home.  Burial of cremated remains will be in the Sacred Heart Cemetery, Yankton, SD with Military Graveside Rites by the Ernest-Bowyer VFW Post #791 Honor Guard, and the Ellsworth Air Force Base Honor Guard.  On line condolences may be sent at:  www.opsahl-kostelfuneralhome.com.  Urn Bearers are Jim Anderson, Don Cameron and John Lichter. Honorary Urn Bearers are Jessica Hammer, Jacob Drotzman, Joe Drotzman, Jason Drotzman, Jared Drotzman, Laura Castagnola, and Alicia Fisher.

Brian was born in Yankton, South Dakota on February 2, 1958.  He graduated from Yankton High School in 1976 and joined the United States Air Force in December 1981.  During the ten years that Brian served his country, he was stationed in Europe, Asia and in the United States.  It was during this experience, and subsequent travel throughout Europe, Asia, and the United States, that Brian discovered that there was no place like “home.”  Whether it was boating or fishing for Paddlefish on the Missouri River, golfing at Fox Run or simply watching his beloved “Oakland” Raiders with friends, to Brian, Yankton was always his home.

If you were a friend of Brian’s, you had a friend for life.  As his friend, we hope you will keep him, his family and all those that loved him in your prayers.

Brian is survived by his brothers, Mike (Ruth) and Dan; sister-in-law, Martha; the honorary Urn Bearers listed above (his nephews, nieces and, stepdaughter), along with numerous cousins and his aunt, Mary Ann McPherson.

Brian was welcomed into Heaven by his parents, Eddie, and Pat; grandparents; brother, Larry, numerous aunts and uncles and his cousins, Donna and Mary.