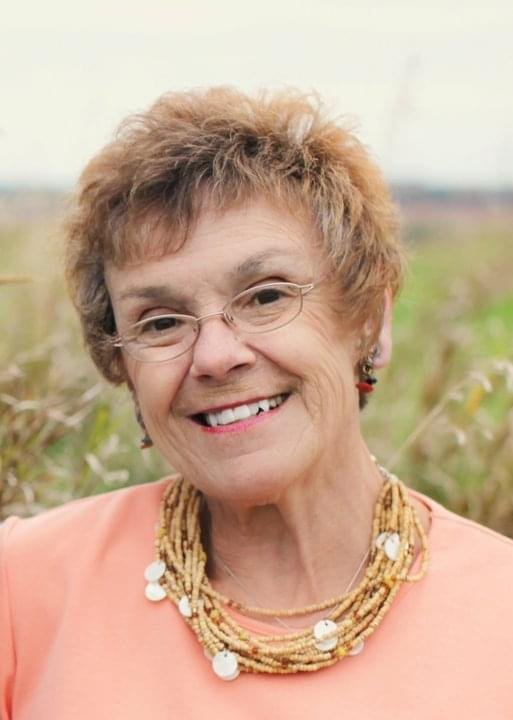 Margo Jean (Cardin) Johnson, age 75 of Scotland, SD passed away on Saturday, April 18, 2020 at her home. At the request of Margo’s family, no services are being planned for this time. The Opsahl-Kostel Funeral Home and Crematory in Yankton, SD is assisting the family. Margo was born January 24, 1945 to Walker and Pearl (Field) Cardin in Hartley, Iowa. She was raised in Sheldon, Iowa and graduated from Sheldon High School in 1963. She then attended Sioux Valley Hospital Nursing School in Sioux Falls, SD and graduated in 1966. Margo worked as an R.N. at Sioux Valley Hospital in Sioux Falls, SD from 1966 to 1968 and the summer of 1969 and then worked for Northwestern University Hospitals in Chicago, IL as an R.N. from 1968 to 1972. She then worked as a receptionist in the dental office of her husband, Dr. Curtis R. Johnson in Scotland, SD from 1980 to 2001. Margo loved nature, bird watching, leisure time at the lake with family, traveling with her husband and friends, watching her sons (and later, her granddaughters) compete in sports, “ladies night out” and spending other times with family and friends. Margo is survived by her husband, Dr. Curtis R. Johnson of Scotland, SD; sons, Christopher (Nicole) Johnson, and Eric (Melissa) Johnson, both of Sioux Falls, SD; granddaughters, Lauren and Lydia of Sioux Falls, SD; sister-in-law, Andrea (Glazier) Cardin of Sanborn, IA; several nieces, nephews, other relatives and friends. She was preceded in death by her parents; and one brother, Richard.
To send flowers to the family or plant a tree in memory of Margo Johnson, please visit Tribute Store
Services for Margo Johnson
There are no events scheduled. You can still show your support by sending flowers directly to the family, or planting a memorial tree in memory of Margo Johnson.
Visit the Tribute Store
Share A Memory
Send Flowers