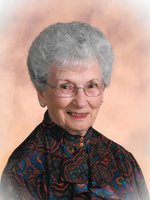 Marie enjoyed cooking, baking and playing cards. Kolaches, fried chicken and baking were a favorite of hers and her family.